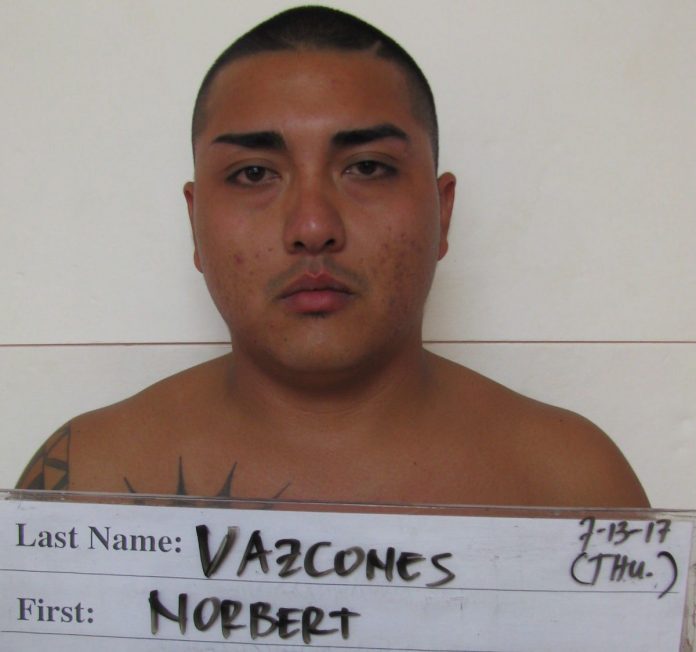 According to police, witnesses chased down Vazcones all the way to Jimmy Dees in Tamuning.

Guam – Norbert Guzman Vazcones has been arrested for allegedly leaving the scene of an accident with injuries.

According to GPD spokesperson AJ Balajadia, Vazcones, was operating a black 2016 Mazda 6 on Route 8 by the Guam Retirement building Thursday morning, when he allegedly failed to stop colliding with traffic cones and the right fender of another vehicle which subsequently collided with a pedestrian.

Balajadia stated that that the victim was on foot guiding the vehicle that struck him when the collision occurred. Vazcones allegedly was followed by a witness after he fled the scene, he was apprehended by Jimmy Dees in Tamuning.

The victim was transported to GRMC for treatment. Vazcones was also charged with reckless driving, imprudent driving and driving under the influence. He was booked and confined.