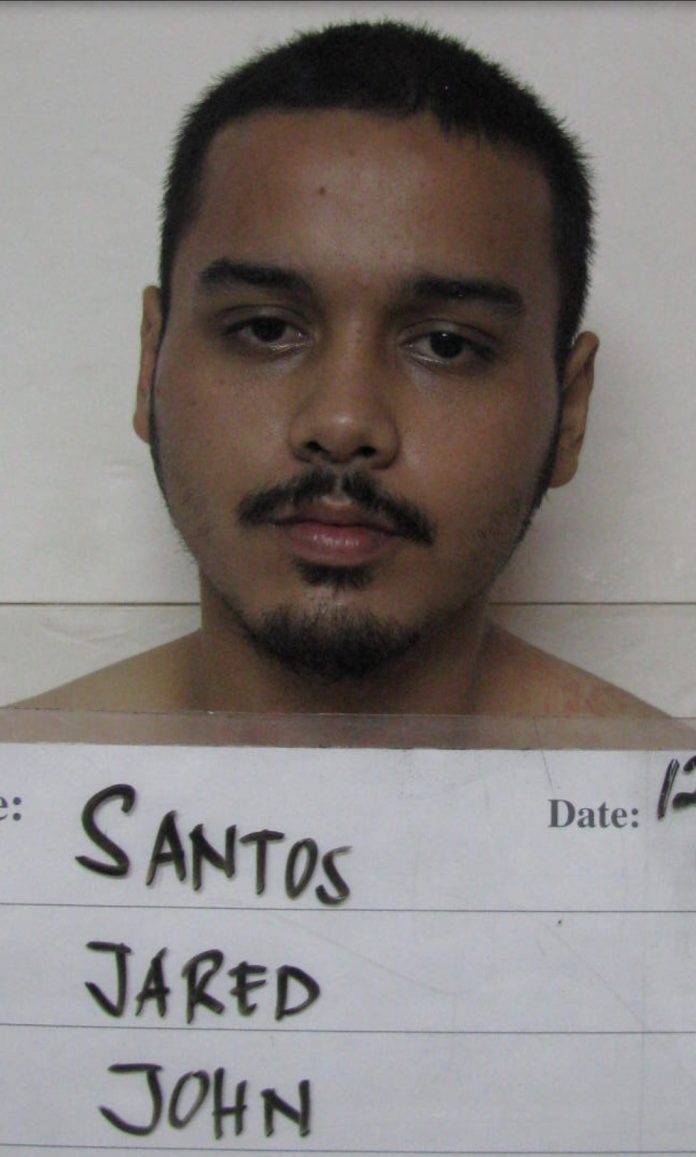 Guam – Shots fired! An armed gunman, apparently followed three men and open fire, leaving one man with a gunshot wound in the abdomen.

Court documents, state that when police arrived the victim Pedo Pedro “appeared to be bleeding from the left side of his abdomen.” The wound appeared to have been cause by a gun as officers observed a half-inch in diameter hole in the victim’s left rib cage and in his lower back, spine area.

At the time of the incident, the victim was with two other men, who explained to police the events that unraveled leading up to the shooting. The witnesses explained that they were at Agat Mobil gas station around midnight when two male individuals in a blue SUV began yelling profanities at them. One of the individuals was identified as Jared John Santos.

Court documents state that after the brief verbal altercation, both vehicles left the gas station. Authorities confirmed this information by reviewing surveillance footage from the gas station.

But it appears that Santos was not finished with the men and allegedly followed them northbound on route 2. The victim was operating his vehicle when the blue SUV owned by Santos approached on the left side and the sound of a gun shot rang through the night.

The witnesses told police that immediately following hearing the sound of gun fire, they noticed that Pedro was wounded. Police say that they observed a “circular hole on the driver’s side handle” of the victim’s vehicle along with a shattered driver’s side window, blood and bullet fragments on the driver’s seat.

The complaint states that there were no other vehicles in the area at the time of the shooting. However, one of the men with Pedro, indicated that he saw Santos point and shoot a silver handgun at the victim.

Court documents indicate that an unidentified person was driving Santos’ vehicle while Santos sat in the passenger’s seat.

Police say the the witness knew where Santos lived and pointed out his Agat residence.

When police drove by the residence, they allegedly saw a blue SUV parked in front of the residence and that the witness confirmed the vehicle was the same one involved in the gas station incident and shooting.

Police met with Santos’ mother, who allegedly told police that her son owned the SUV. A search warrant was later executed on the vehicle yielding the discovery of a Winchester Range 30/30 caliber rifle.

Police confirmed that Santos does not have a valid firearm’s identification card, indicating that the rifle discovered was obtained illegally.

Santos was formally charged with attempted murder as a first degree felony; aggravated assault as a second and third degree felony; possession of a firearm without a valid firearm’s ID. Each of the charges carry a special allegation of use of a deadly weapon in the commission of a felony.