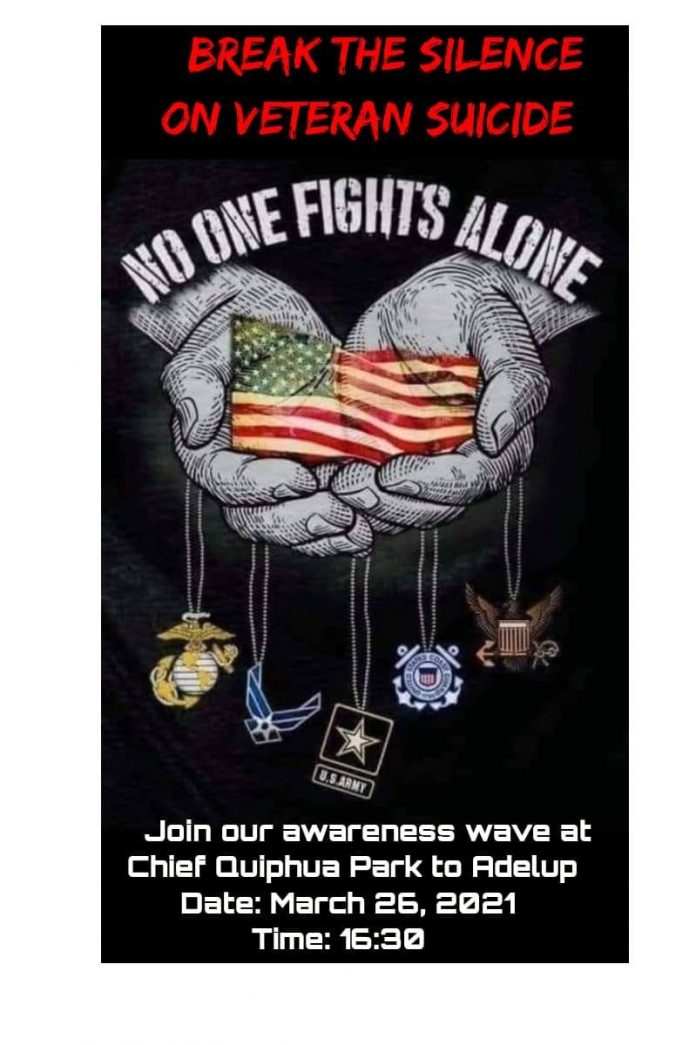 Various veteran non-profit organizations and local support groups are partnering up to address PTSD and suicide on the island by organizing a wave.

Got Your 671, in collaboration with a number of veteran organizations on Guam, will be conducting the first-ever PTSD and suicide prevention campaign wave on Friday, March 26.

Got Your 671 is a non-profit organization led by veterans working to strengthen the veterans’ community and create a positive lifestyle.

The “Break The Silence” wave is set to take place at the Chief Quipuha Park and will start at 4:30 p.m.

John Concepcion, the president of Got Your 671, says the purpose of the event is to assist Guam veteran brothers and sisters that may have Post Traumatic Stress Disorder (PTSD) and individuals with suicidal thoughts, anxiety, and depression.

Concepcion says the goal is to inform the veteran community that there are people out there ready to talk.

He says the veteran commission charged GY671 to run the PTSD and suicide prevention committee which led them to organize the wave.

Meanwhile, Green Valor founder Raymond Shinohara says the wave was also organized to address the spike in suicides in the veteran community.

Green Valor is driven by veterans helping the community.

Shinohara says those suffering from depression and suicide are not alone.

He says that suicide has afflicted the island’s veteran community severely in the last year because of the COVID-19 pandemic.

“You know, a lot of veterans have been isolating themselves, especially individuals who may be suffering from this mental health issue aren’t being treated or seen and those are the ones that we are worried about. Those are the ones we really want to reach out to,” Shinohara said.

GY671 invites the community to participate in the wave.

All COVID safety measures will be implemented including six-feet social distancing.