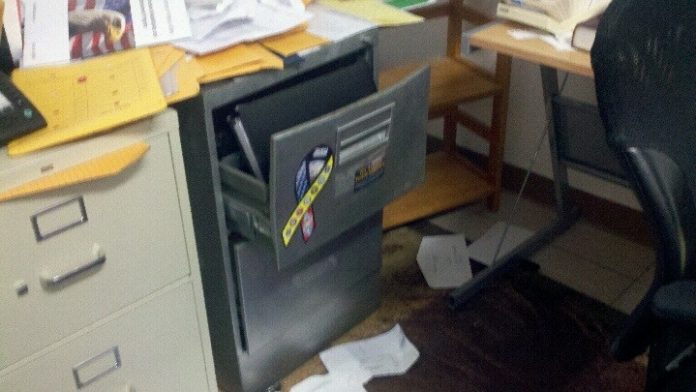 The Veteran’s Affairs Office in Asan was burglarized Friday morning.

Guam – Guam Police are asking for your help in identifying the suspect or suspects involved the burglary of the Veterans Affairs Office in Asan this morning.

GPD Spokesman Officer AJ Balajadia says the burglary at the VA Office was reported around 7 this morning. Several items were reported stolen.

VA Director John Unpingco tells PNC that the thieves got away with over $2,500 worth of items, including some apple products, bush cutters and blowers, some of which were brand new. Unpingco also says that the office wasn’t just burglarized, it was also vandalized as the thieves also trashed the place opening up cabinets and spilling out its contents.

The windows and some lights were smashed and the door was busted open, says Unpingco.

Balajadia says the case has been forwarded to the Criminal Investigative Section for a full investigation.

If you have any information about this crime, you’re asked to contact Guam Police of Guam Crime Stoppers at 477-HELP.