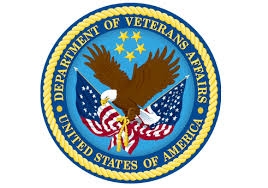 The recent suicide of an Afghanistan Veteran suffering from Post Traumatic Stress Disorder has sparked outrage from the Veterans’ community. The veteran and his family had sought services from the VA and Veterans’ Advocate Rodney Cruz its just one of many examples of veterans being denied care on Guam.

Guam – The Veterans community has had enough. Iraq Afghanistan and Persian Gulf Veterans of the Pacific Founder Rodney Cruz says the Guam VA Outpatient Clinic and the Guam Vet Center Readjustment Counseling Office have failed to provide quality care to the island’s veterans.

“I feel that the VA has a common goal…a common way of operating,” Cruz told PNC. “Those three common things are nothing but three D’s: Delay, Deny and Die.”

Guam Veterans Commission Chairman Bill Cundiff is also speaking out. In letters to Congresswoman Bordallo and Veterans Affairs Secretary Robert Mcdonald this month, they both pointed to the suicide of an Afghanistan Combat Disabled Veteran who they say had been denied proper treatment on Guam.

“Something really needs to happen,” Cruz said of the matter.

At the urging of Cruz and Cundiff Senators Frank Aguon Jr, Tom Ada, and Tommy Morrision have introduced Legislative Resolution 111-31 asking Congresswoman Bordallo to call the Veterans Affairs Office of Inspector General to investigate the care offered by the VA on Guam.

A Public Hearing on the resolution will be announced soon. Cruz encourages all veterans and their family members to attend the hearing and provide testimony on their personal experiences with the VA.