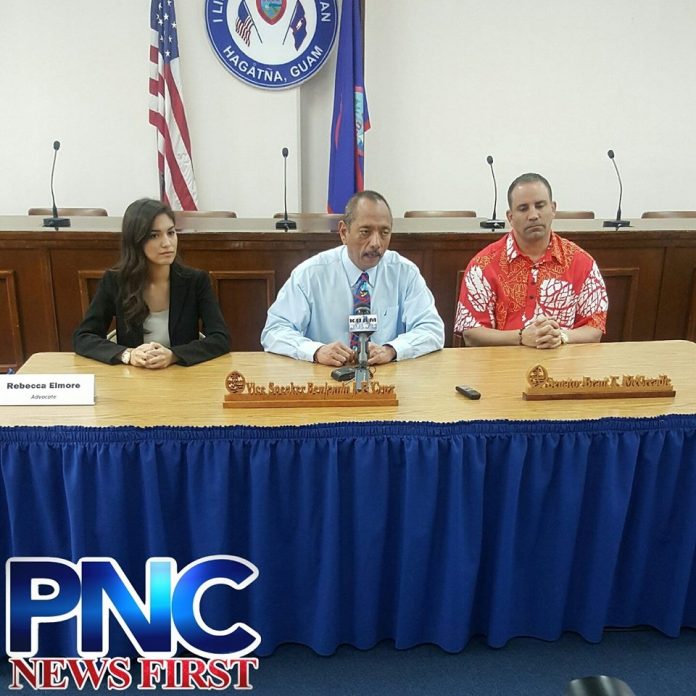 Vice Speaker BJ Cruz, Senator Brant McCreadie and Survivor Advocate Rebecca Elmore have acknowledged the Governor’s request of taking a look at the University of Guam’s internal investigation into a sexual misconduct case. However, they will only serve as a review panel, not an investigative panel.

Guam – There is no way to investigate how the University of Guam handled a sex allegation case. That was Vice Speaker BJ Cruz’s response to the Governor’s Chief of Staff’s letter asking him to dig into UOG’s handling of a recent allegation involving a professor and two of his students.

Cruz explains, “I think it should be very clear…as you could see from the three of us, none of us have the ability to investigate. Even when I was on the bench, I never investigated so I have no experience investigating so I’m not going to attempt to do an investigation. I can however and have the ability to review things to determine whether or not there’s compliance.”

Cruz says they will act as a sort of review panel. With the help of Senator Brant McCreadie and Survivor Advocate Rebecca Elmore, as a team, Cruz says, they can make sure there are policies in place not only at UOG but the Guam Community College and the Guam Department of Education as well.

“It wasn’t the governor’s intent, but I really do think we should protect all students and since we’re aware of the fact that some of our high school students are fraternizing, we need to address GDOE about what their policy will be as it relates to students and teachers relationship or whatever policies they have to report on that,” says Cruz.

Just earlier this month, UOG came up with a proposed Sexual Misconduct Policy and will be presenting the draft to the Board of Regents on March 3. Cruz says he spoke with GCC and they too are coming up with some sort of policy. He explains that they will look at both policies to check for compliance.

“Rebecca has reminded me that we have to compare the compliance parts and procedures and see if they comply with federal statues. If it’s not good enough, I’m sure between myself and Senator McCreadie will be introducing legislation where the compliance, reporting, is encouraged and students are protected and sure our students are safe in our schools,” says Cruz.

This follows after UOG Professor Michael Ehlert allegedly digitally-penetrated two of his students at an off-campus event on Halloween in 2014. UOG investigated and Ehlert was suspended from UOG without pay for three months. However, he was indicted by a Superior Court grand jury for Criminal Sexual Conduct and Official Misconduct in January.

Cruz says, “Hopefully with her brainpower, his determination and my passion, we’ll be able to review these things together and make recommendations to the three institutions on how to protect our students.”