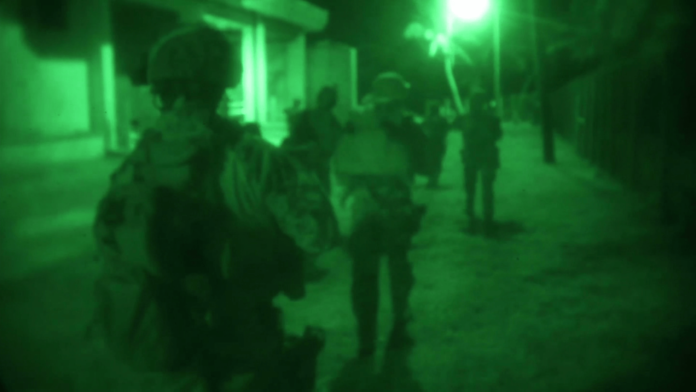 Vice-Speaker Therese Terlaje is asking Governor Eddie Calvo to deny permission for the Marine Corps to conduct urban live fire training exercises off-base. The Governor is reviewing the request and has yet to make a decision.

Guam – Vice-Speaker Therese Terlaje has written a letter to Governor Eddie Calvo asking him to  “not approve live-fire training in the civilian areas of Guam.”  In her letter which is dated December 21st, the Vice-Speaker refers to a briefing the legislature was given on December 15th on the Realistic Urban Training Exercise or RUTEX 18 that is scheduled to begin today January 8th through January 20th. The exercises will happen at five sites two of which are live-fire training exercises that are off-base. Specifically, there will be live-fire training at the Gagatna sewage treatment plant and the Tanguisson beach.

In the letter Vice-Speaker Terlaje writes “our manamko’ and veterans have been through enough of the stress of real live-fire, and with military bases on all sides of Guam, on social media, and on prime T.V. channels, our children are constantly exposed.” The Vice-Speaker adds that “the military controls one-third of Guam’s land. Surely this training, even if done together with local agencies, can be contained in already restricted areas where civilians do not need to be actively curtailed or at risk.”

Governor Eddie Calvo is not done reviewing the letter yet. “There’s two goals and objectives here. Obviously, number one, the reason for these particular exercises deal with internal security whether it’s a terrorist act or some sort of incident that could cause casualties or mass casualties. So, there is a need for these exercises. At the same time, we also want to ensure that with exercises that are meant to protect our community we don’t put undue harm in that community,” said Governor Calvo.

“I’m really looking more towards the advice of my Homeland Security Chief but what I will do is I will review the letter and work with Senator Terlaje and at the same time work with those that are responsible for the safety of this community so that we can find that fine balance,” said Governor Calvo.

Governor Calvo says he will be meeting with his Homeland Security Advisor George Charfarous as well as the island’s military partners before he makes a decision.

The 31st Marine Expeditionary Unit (MEU) is scheduled to participate in a Realistic Urban Training Exercise (RUTEX) on Guam from Jan. 8-20 in
preparation of the unit’s scheduled deployments in the Asia-Pacific region later this year. RUTEX is an important military exercise for the readiness of the 31st MEU which is the fighting force for the Japan-based Bonhomme Richard Expeditionary Strike Group. Typically, a MEU’s mission is to serve
as a sea-based quick-reaction force, ready to respond to any crisis that
occurs in its area of operations.

The purpose of RUTEX is to train the 31st MEU’s Marines to coordinate with
local law enforcement agencies and community leaders to operate in an urban
environment and hone their proficiency to respond to threats to the
community or its infrastructure. In addition to planned exercises, there is
scheduled a shooting competition shooting between Guam SWAT and some of the
U.S. Marines with the 31st MEU on Saturday, Jan. 20.

Conducting exercises in the civilian community is a unique and vital
opportunity to execute safe, controlled training in a dynamic and
interactive urban environment. The lives of the Marines and the success of
future missions depend on the training accomplished during RUTEX.

Months prior to deployment, a MEU begins intensive training for a multitude
of different missions that it must be ready to execute at any time. They
conduct much of that training at their home bases in Okinawa and aboard Navy
ships at sea.  However, to adequately prepare to operate in unfamiliar
environments, they seek areas like Guam that offer unique training
opportunities with which they are not accustomed. Other places the Marines
have conducted RUTEX include: Indianapolis, IN; Palau; Elizabethtown, NC;
Kinston, NC; Bladen County; Phoenix, AZ; Scottsdale, AZ; Arizona State
University, AZ; Wilmington, CA, Los Aneles, Long Beach, CA; CA; Reno, NV –
just to name a few.

This exercise has been coordinated through the appropriate on-island
agencies and village officials including the Guam Police Department, Guam
Fire Department, Guam Homeland Security & Office of Civil Defense, and
Village Mayors to ensure the safety and awareness of residents and to
minimize any impact in the community.

Residents of the island could see Marines periodically throughout the
exercise and may notice increased military activities during the exercise
period.

RUTEX has occurred on Guam since the 1990s. During the planning phase for
each iteration of RUTEX, the Marine Corps engages with the Office of the
Governor of Guam for approval to conduct portions of RUTEX in the community.

Ultimately, the Marine Corps’ goal is to improve the readiness and
survivability of U.S. Marines by exposing them to realistic scenarios and
stresses posed by operating in an actual urban community.