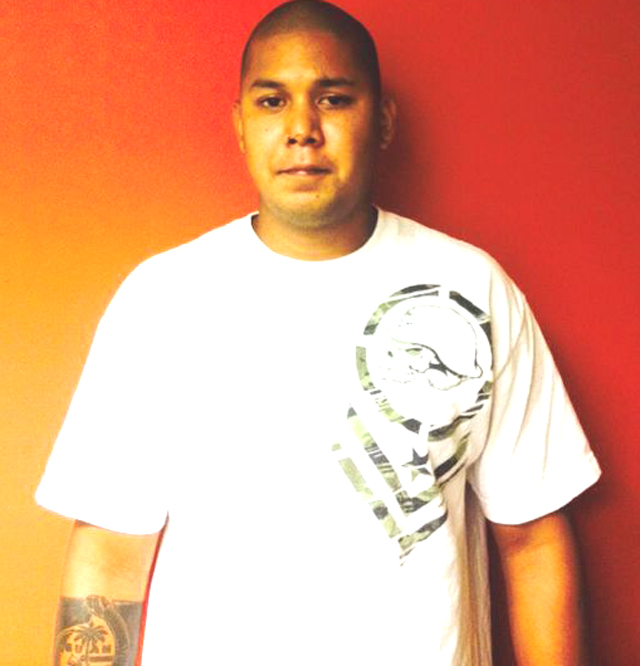 Guam – Two men have been arrested on charges of robbing a tourist at knife point in Tumon early Wednesday morning; they were apprehended only an hour after the crime was reported.

“The victims were able to flag down an officer pretty quickly,” Guam Police Department Spokesman Officer AJ Balajadia told PNC. “Having our officers saturate the Tumon area…. that helped.”

35-year old Peter Robert Cruz and 23-year Theodore Dwight Borja Nelson were booked and confined this morning. The two were found inside a vehicle matching the victim’s description and also seen on hotel security footage.

“One of the officers from the precinct went to the hotel and viewed the security cameras and were able to get information out over the air quickly to the officers that were saturating not only the Tumon area but the Upper Tumon and Tamuning area. “We also had the Agana Precinct standing by in their
area waiting for a description of the vehicle as well as the Dededo Precinct. So with everybody working together including the Criminal Justice Strike Force that’s how they were able to catch (these individuals.)”

Cruz and Nelson are charged with 2nd Degree Robbery, Conspiracy to Commit Robbery, Criminal Facilitation and Guilt Established by Complicity. Cruz faces additional charges of Possession of a Deadly Weapon in the Commission of a Felony, Hindering Apprehension, Impersonating a Police Officer, and Assault on a Police Officer.

“When (Cruz) was initially confronted by the strike force officers he announced that he was a police officer assigned to the Dededo Precinct and of course the Strike Force Officers know who is assigned to the Dededo Precinct as well as the other precincts so we knew that wasn’t true,” Balajadia said. “When he was questioned about his clothing because it appeared that he had changed his shirt he became very defensive and actually pushed one of the officers.”

The robbery took place outside of the Fiesta Hotel.  According to Balajadia Cruz was identified as the man who committed the robbery and Nelson was the driver of the vehicle. A pouch containing Japanese Yen, U.S. Currency, and identification cards was taken fromt he victim. Balajadia told PNC he believes all of the items were recovered.

Officer Balajadia adds that the Criminal Justice Task Force will continue to have a presence in the Tumon area to deter and prevent robberies, and he says they’ll be ready to make quick arrests as they did last night.

* 35 year old Peter Robert Cruz of  Sinajana was arrested for 2nd Degree Robbery, Conspiracy to Commit Robbery, Possession of a Deadly Weapon in the Commission of a Felony, Impersonating a Police Officer, Assault on a Police Officer, Guild Established by Complicity, Criminal Facilitation and Hindering Apprehension. 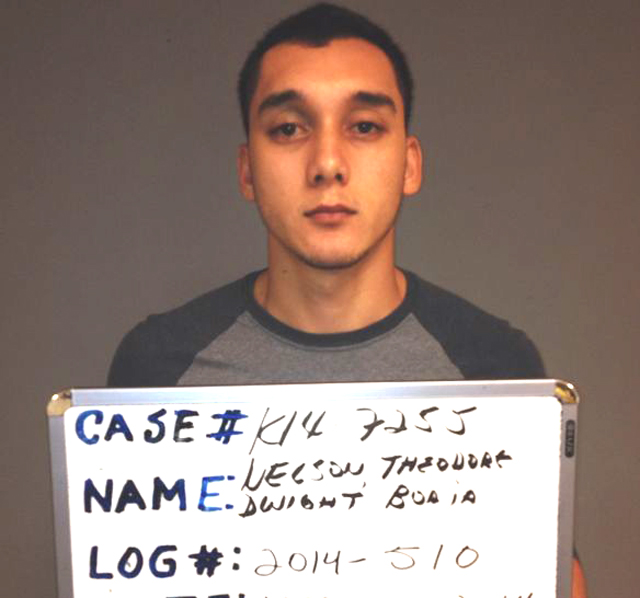 TUMON – Wednesday, March 12, 2014, 12:20am, a Tumon/Tamuning Precinct officer was flagged down by 3 male Japanese tourist reporting a Robbery in Rt 14 by Fiesta Hotel.  Information was immediately disseminated describing the suspect vehicle being a white color truck.

The victim provided information that the vehicle exited the Fiesta parking lot west on to Rt 14 towards JFK Road.

Neighboring precincts were patched and personnel saturated the area.  TTPC officer met with Fiesta G4S where and researched the CCTV which revealed a silver Ford Ranger parking in the Fiesta parking lot and a male exiting. Minutes later the same male ran back to the truck being chased by 3 males (tourist).  The truck was then recorded exiting the south west entrance of the Fiesta compound.

The victim was escorted to the scene where the he positively identified the suspect who robbed him at knife point.

Team effort between the Tumon/Tamuning Precinct officers, TTPC deskwatch, GPD Dispatch, and the Criminal Justice Strike Force was key in resolving this case.

* Peter Robert Cruz, m/Chamorro/35/Sinajana
He’s arrest for; 2nd Degree Robbery, Conspiracy to Commit Robbery, Possession of a Deadly Weapon in the Commission of a Felony, Impersonating a Police Officer, Assault on a Police Officer, Guild Established by Complicity, Criminal Facilitation and Hindering Apprehension.  Booked and Confined