Guam – Eight tons of copper wire was hauled away from the Viba Recycling Center in Harmon last Wednesday.

On Thursday of last week it was spread out in the parking lot of the Guam Police Headquarters in Tiyan where representatives from Guam DOE and 3 private businesses identified the cut up bits and pieces of copper as once being a part of the wiring in their buildings.

The next day, Friday January 11, Guam police raided 3 homes in Dededo where they arrested 4 men for the string of copper wire thefts that left students sweating it out in 5 schools without air conditioning and prompted an emergency declaration for DOE by the Governor. Three businesses were also victimized where copper wire, as well as scrap metal, bush-cutters and other items were stolen.

5th Suspect Named by Police Source, But Only 4 Now Charged

SOI-2 is identified as the driver, who told police that he/she drove Taimanglo to the Yoonex, Emerald Tower and Guam Football Association burglaries.

But SOI-1 also named “Jesse Delgado” as being among the perpetrators. “The SOI1 [Source of Information 1] stated that DELGADO admitted to he/she that DELGADO along with MENO, SUSUICO and FAISAO had taken copper wire from a number of local schools.”

Taimanglo and the other 3 are also charged with involvement in burglaries at the 3 businesses. The Guam Football Association building in Harmon was burglarized on the 17th. Sometime in December, the date is not specified, the vacant Yoonex warehouse was also ripped off. And on January 6th of this year the Hawthorne/CAST building in Harmon was burglarized.

The 8 tons of stolen copper wire ended up at Viba Recycling in Harmon. The licensed owner of the business is Sung Kook Kim. At Viba Recycling Monday afternoon, a man who identified himself as Duk Kim, a friend of the owner, said he did not know that the copper wire had been stolen.

The Magistrate’s report says that “The owner of the recycling center voluntarily gave up the copper wire sold to him by TAIMANGLO and SUSUICO which amounted to approximately eight tons of copper wire.”

Displayed on the wall at Viba Recycling is the Solid Waste Management Facility Permit issued on Monday January 7th, just one week ago by Guam EPA. It was issued 2 days before the police raid.

According to the Magistrate’s report, “the owner of the business … told officers he had accepted large amounts of copper wire from … ALBERT TAIMANGLO and FREDDY SUSUICO during the later part of 2012.”

That would be before Viba Recycling received its license on January 7th of 2013.

1.  FREDDY CUEVAS SUSUICO, m/Cham/36/Dededo, for Burglary, Theft of Property and Crimes Against the Community. Booked and confined. 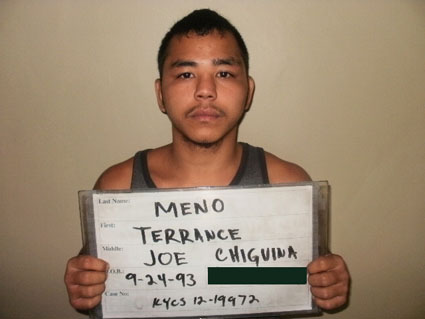 3. ERIC TERRANCE FAISAO, m/Cham/20/Dededo, for 5 counts Burglary, 8 counts Crimes Against the Community, and 5 counts Theft of Property.  Booked and confined. 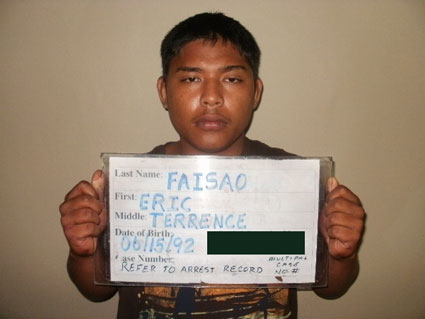 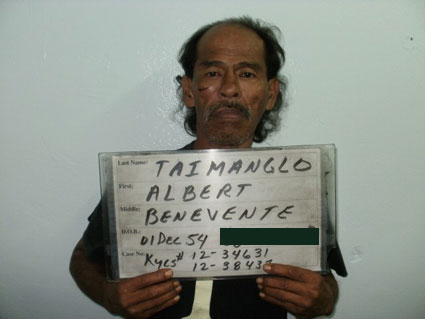