Guam –  A 10-year old girl was among the 4 people killed Sunday in a head on collision between a pick-up and a sedan on Route 15 in the Pagat area of Yigo.

Guam Police Spokesman Officer A.J. Balajadia has reported that a 2003 Sliver Chevy Silverado pick-up traveling south on Rt.15 towards Mangilao, lost control, ran off  the roadway, came back on to the roadway and veered into the north bound lane colliding head on with a 2009 Gray Toyota Corolla.

Balajadia said it was apparent that the pickup was traveling at a high rate of speed when it hit the Corolla. Inside the Corolla were 4 females. The 2 women in the front were both killed. He said they are believed to be in their 60s. The 10 year old girl who died was in the back seat. A 21 year old woman also in the back seat  and she was still in serious condition at GMH Monday afternoon.

No identities have been released. And Officer Balajadia said that they are asking for anyone who may know the victims to step forward to help identify them.

One person, a female,  was dead at the scene.  2 others, a man and a woman,  were transported to GMH with CPR being performed en-route. Both later died. The 4th person was taken to Naval Hospital where she died, and was later transported to GMH.

The accident happened on the back road to Andersen Air Force Base, near the Yigo Raceway Park.  Guam Fire Spokesman Lt. Ed Artero said the 911 call came in at 1:13pm.

The stretch of Route 15 where the accident happened was closed for several hours Sunday afternoon, and again on Monday afternoon while the crash was investigated. 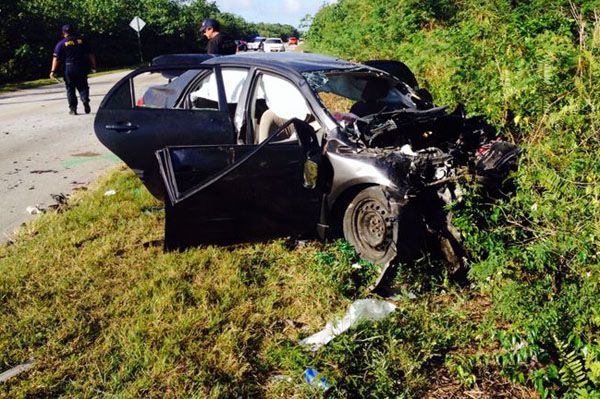 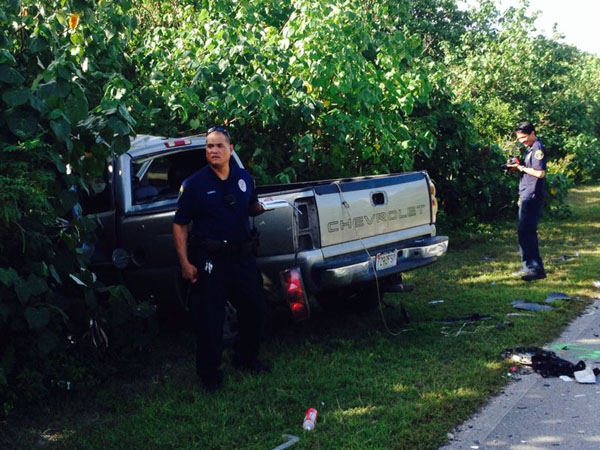 This accident marks the forth, fifth, sixth and seven traffic related fatalities for the year on Guam. 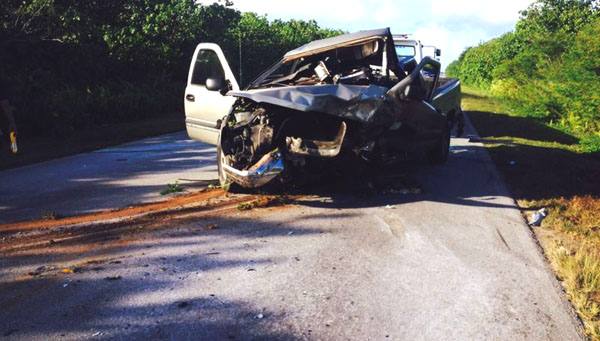 2003 Sliver Chevy Silverado traveling south on Rt.15 towards Mangilao, lost control, ran off the roadway, came back on to the roadway and encroached the north bound lane colliding head on with a 2009 Gray Toyota Corolla.

Five individuals were transported to GMH.  Four have been pronounced dead, one is in serious condition.

Guam Highway Patrol is investigating the cause of this crash.  This case marks the forth, fifth, sixth and seven traffic related fatalities for the year.

2. Friday February 14: GMH Nursing Supervisor Bill Toves says the pedestrian victim of a hit and run driver died at GMH at 5:45 this afternoon. He is the second traffic fatality of the year on Guam.  His identify has not yet been released. Earlier, Nursing Supervisor Cely Mangrobang said the pedestrian was on life support, in “very critical” condition. The man was hit by a vehicle on Route 1 near Ypaopao Estates in Dededo. GFD Spokesman Lt. Ed Artero says the 911 call came in at 6:08am. He said CPR was conducted on the man at the scene, and enroute to GMH.