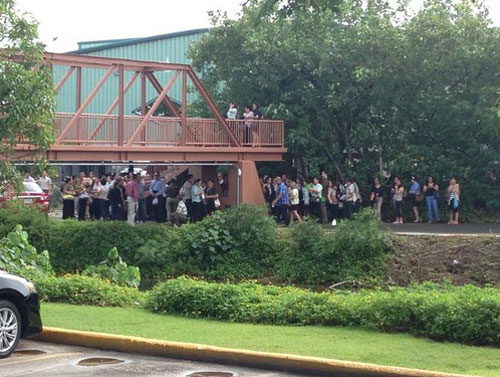 Guam – Yet another bomb threat disrupted another island institution today as ALL Bank of Guam Branches were evacuated for about an hour and a half this morning.

Guam Police Spokesman Officer A.J. Balajadia reports that the threat was called in just before 9am. The ALL Clear was sounded about 10:25am for all branches, except the Yigo branch which was cleared at 10:35am.

No device was found.

This latest threat follows the still un-explained bomb threat that closed the District Court last week, and a recent threat that forced the closure of Adelup as well as the periodic threats which have disrupted the Judiciary at the Superior Court of Guam.

Today, employees at the main Bank of Guam branch in Hagatna were forced out of their building, across the Agana River pedestrian bridge, and into the parking lot on the other side, as rain showers passed overhead, waiting for police to sound the all clear.

Officer Balajadia adds that during the threat, GPD still had enough officers on duty at the precincts answering routine calls and patrolling. 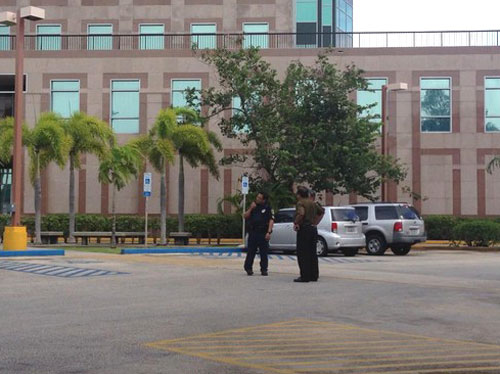