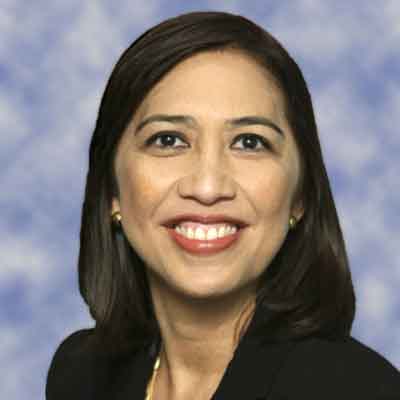 Guam – DOI Insular Affairs Nominee Esther Kia’aina spoke about the values that have shaped her life during her Commencement Address at UOG Sunday, afternoon  “These values include respect, fairness, hard work, sacrifice and faith,” she said.

The Guam born Hawaiian has been nominated by President Obama to become the next Assistant Secretary of Insular Affairs at the Department of Interior. She would fill the post vacated by Guam native Tony Babauta who stepped down from that office this past February.  Her confirmation by the U.S. Senate is expected to take place in January.

“I am humbled to speak at your graduation today on an island that has been an integral part of my life,” she said.

The 50 year old Kia’aina was born on Guam and grew up in the village of Mangilao.  She attended San Vicente Elementary and Junior High School before graduating from the Kamehameha Schools in Hawaii.

During her Commencement address. Kia’aina also identified what she called some of the critical issues for Guam like “return of federal excess lands, Guam war reparations or increased opportunities in higher eduction.”

“The best advice I can give you,” she said, “is to accept the circumstances in your life, your status, your education, the choices you have made and do not compare yourself with anyone else because it just doesn’t matter anymore.”

“If there is a message I want to leave with all of the graduates today it is this,” said Kia’aina, “an island is only as small as you believe it to be. Guam is only 30 miles long and 4 to 12 miles wide, yet I have never known that my dreams were constrained by Guam being a small island. It simply doesn’t matter in the scheme of things, including to compete for jobs elsewhere in Hawaii, in the U.S. mainland, internationally.”

“Guam possess the requisite ideals, the environment and educational system for anyone in this room to succeed regardless of your economic or social status. And graduating from the University of Guam with a Graduate or Undergraduate Degree will only heighten your ability to advance your station in life,” she said.

The University of Guam awarded 169 undergraduate, and 67 graduate degrees at the 2013 Fall Commencement Ceremony.