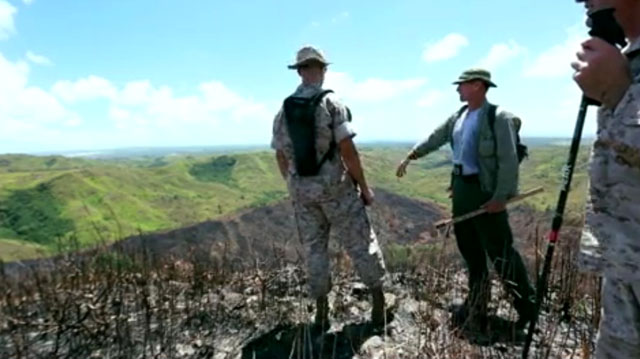 Guam – Last week’s wildfire along the Cross Island Road uncovered a century-old fighting positions most recently used during the battle for Guam in World War II.

Guam based Marines recently visited the site on top of Mt. Tenjo to assist the National Park Service in a site survey of the historical find.

The discovery of the old “fox-holes” and firing positions comes just a few months before the 70th anniversary of Guam’s island-wide liberation celebration in July.

SEE the reports from DVIDS HERE