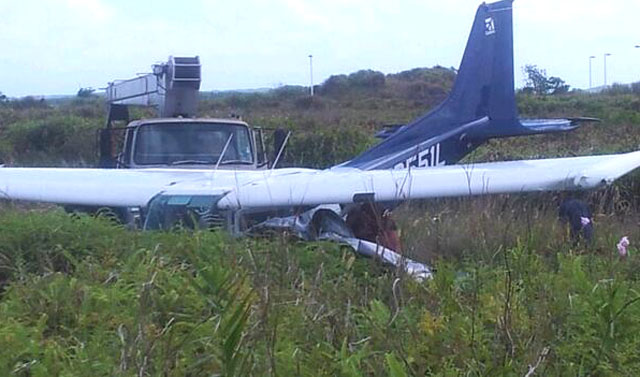 Guam -The Trend Vector Aviation International aircraft that made an emergency landing near the Layon Landfill late Wednesday afternoon had an issue with its engine, according to company President Toshihiro Shima.

Shima told PNC he believes the pilot, who is a licensed instructor with 15 years of experience, made the right decision to land the Cessna 172.

“The engine problem caused the pilot to make the decision not to continue to a populated area,” Shima told PNC Thursday.

The pilot and his two passengers, a father and his adult daughter from Japan, walked away from the plane with only minor injuries.  When emergency responders arrived the three had already exited the aircraft which landed about 300 yards away from the road leading to the Layon landfill.

A preliminary report filed by the Federal Aviation Administration (FAA) says the aircraft “force landed in a field and went onto its nose.”

Shima said Trend Vector Aviation is conducting its own investigation under the guidance of the FAA and the National Transportation Safety Board (NTSB) but said neither agency visited the site of the landing.  He adds that the airplane was under full compliance of the required maintenance and had been flown without any problems earlier in the day.  It also had enough fuel to complete the flight he said.

“I am overwhelmed with all of the support and concerns from the public” Shima said. “I appreciate everything.” 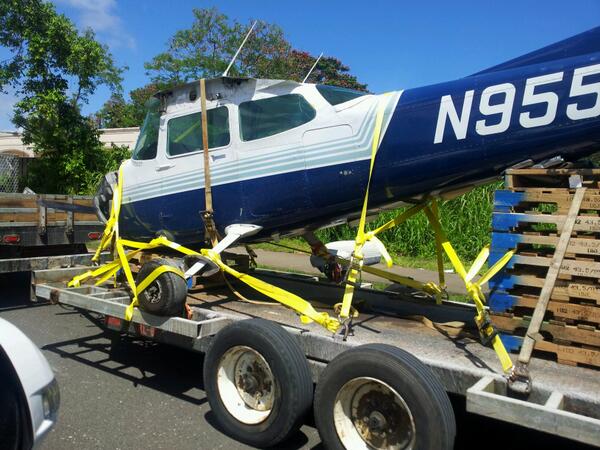 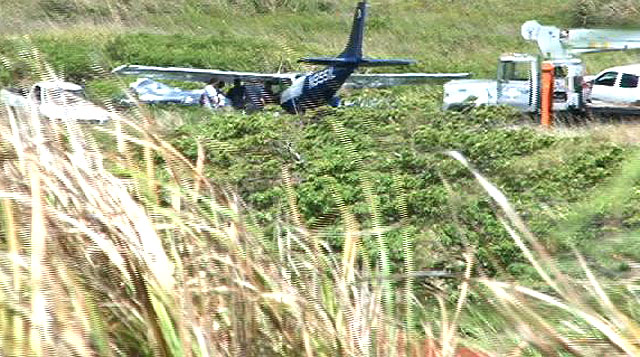