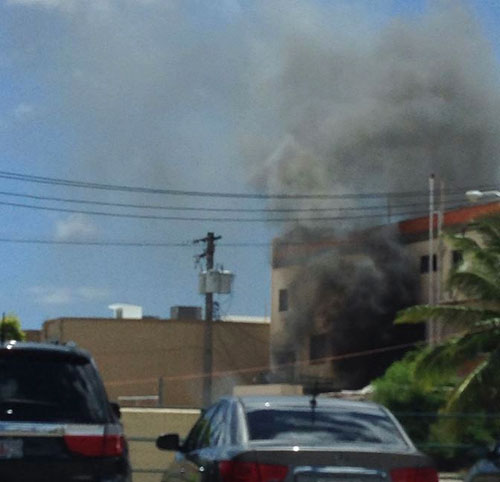 Guam –  A fire at the New Marina Hotel building in Hagatna this afternoon was quickly extinguished by the Guam Fire Department.

Captain Steve Charfauros says the fire was first reported as a trash fire at 1pm but was upgraded to a structure fire when smoke was seen emitting from the building. Both the Tamuning and Piti fire stations responded, and the fire was extinguished by 1:40 pm.

According to Charfarous the fire was confined to one room and a bathroom on the first floor of the three story building.

The building was set to be renovated in the near future.

“It’s not occupied,” Charfauros told PNC. “But we actually went through the building because it might be a haven for the homeless. So we did check all three floors and its cleared at this time.”

No injuries resulted from the fire.