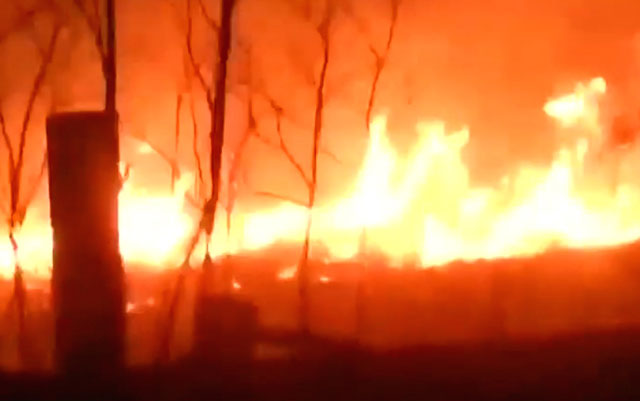 Guam – Fire fighters battled more than a half-dozen wild fires over the weekend during a rare Red Flag Warning issued by the National Weather Service.

The most serious blaze occurred Saturday up on Nimitz Hill. Lt. Artero said it was first reported at 3:20 pm and was not fully extinguished until 4:30am Sunday morning. This fire prompted Guam Police to close Turner Road Saturday evening as the flames approached an area of about 15 homes.

Lt. Artero said he was not aware of any homes suffering physical damage from the flames, but some might have sustained smoke damage.

There have been no injuries to either residents, or firemen, in any of the blazes. And no evacuations have been ordered, he said.

As of  Sunday afternoon, Guam Fire Spokesman  Lt. Ed Artero said 3 fires were still active in Umatac, Agat and on Nimitz Hill. In all he said firefighters had fought at least 9 wild fires since Friday.

Firemen from GFD, Navy firefighters and Guam Forestry officials have all been involved in battling the blazes. And the Navy’s Helicopter Sea Combat Squadron 25 has been called out to douse the flames with big buckets of water.

Lt. Artero said he had no evidence, at this point, that any of the fires had been deliberately set, although incendiary devices had been found at a large grass fire that occurred off Cross Island Road in Santa Rita earlier this month.

That meant that dry conditions and gusty winds were producing conditions conducive to the rapid spread of wildfires.

The “Red Flag Warning” expired Sunday evening at 6pm. The “Fire Weather Watch” was called off on Monday afternoon. 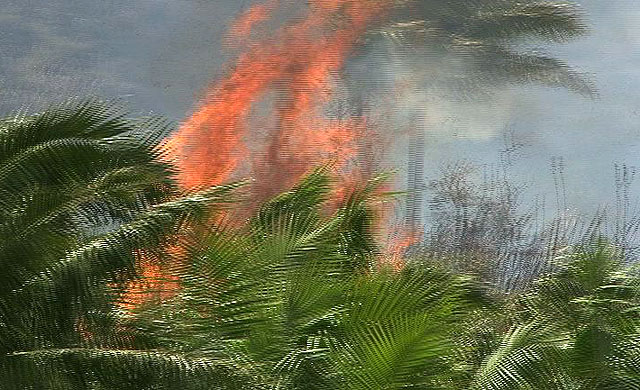