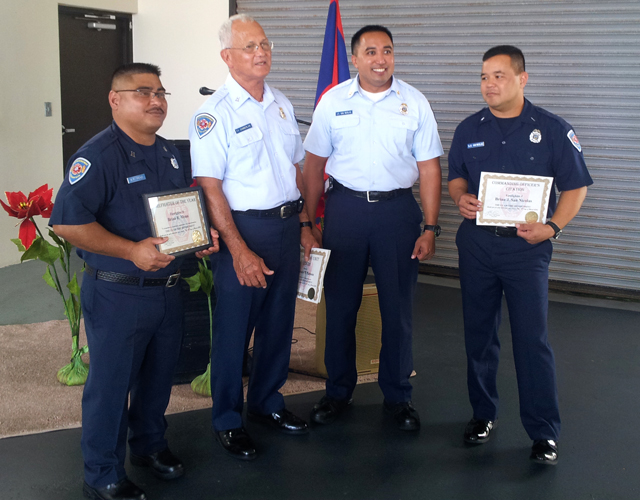 And the “Firefighter of the Year” award went to Firefighter II,  Brian Meno.

The Inarajan Fire Station was also recognized with an “Outstanding Unit Citation”. The fireman were honored for their volunteer community work, including painting bus stops, cutting grass and helping with maintenance at the schools.