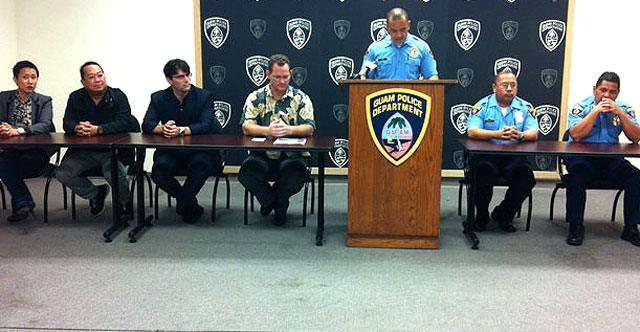 Guam – The Guam Police Department recognized G4S security Thursday afternoon for its donation of  $33-thousand dollars worth of equipment to GPD’s Dededo precinct.

Among the items donated by G4S were a $15-thousand dollar fire alarm system, 4 computers valued at $1,800  and $13-thousand dollars worth of surveillance cameras.

Dededo Precinct Commander Lt. Mark Rorre said G4S reached out to the Precinct last October to find out what was needed. And Lt. Governor Ray Tenorio praised the company for being a valuable partner in the fight against crime.

Among those attending the ceremony were former police chiefs Fred Bordallo, and former Chief Paul Suba and Frank Ishizaki.