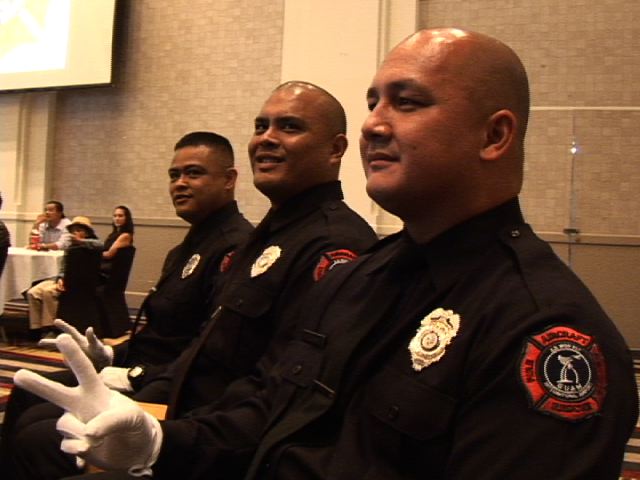 Guam – It was graduation day at the Sheraton Resort Friday morning for both the 1st GIAA Aircraft Rescue Fire Fighting class, and Guam Police Officer candidates.

The airport firefighters now join the Airport’s Fire and Rescue unit which has suffered from a man-power shortage following 3 retirements and 2 deaths.

Won Pat-Borja: Statehood not so much the issue, Guam needs to have all options

US Air Force helps out in Mangilao free food distribution