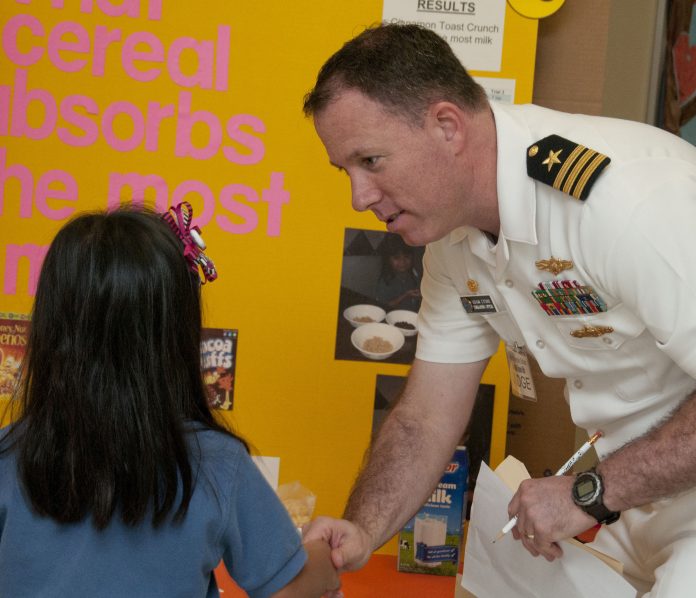 The service members judged science projects that were conceptualized and presented by more than 30 students.

“I’m very happy to see them today,” said Marie Mandapat, who is the science fair coordinator and fifth-grade teacher. “I like that about the military. They’re here for the kids and their support, and their relationship they want with the local community is really awesome.”

Cmdr. Adam Lyons, Naval Computer and Telecommunications Station Guam commanding officer, said he and his Sailors were glad to volunteer for the event especially since science is relevant to their careers.

“It’s always enlightening to see the creativity and ideas the kids come up with,” he said. “I love going to the science fairs, just really seeing what’s sparking the interest of our children, because they’re the future of both Guam and the United States, and really critical for the future of the Navy and national security in general.”

Lyons added it was important for students to see the interaction between the military and local communities at a young age so they can continue the cooperative relationship between the two entities. 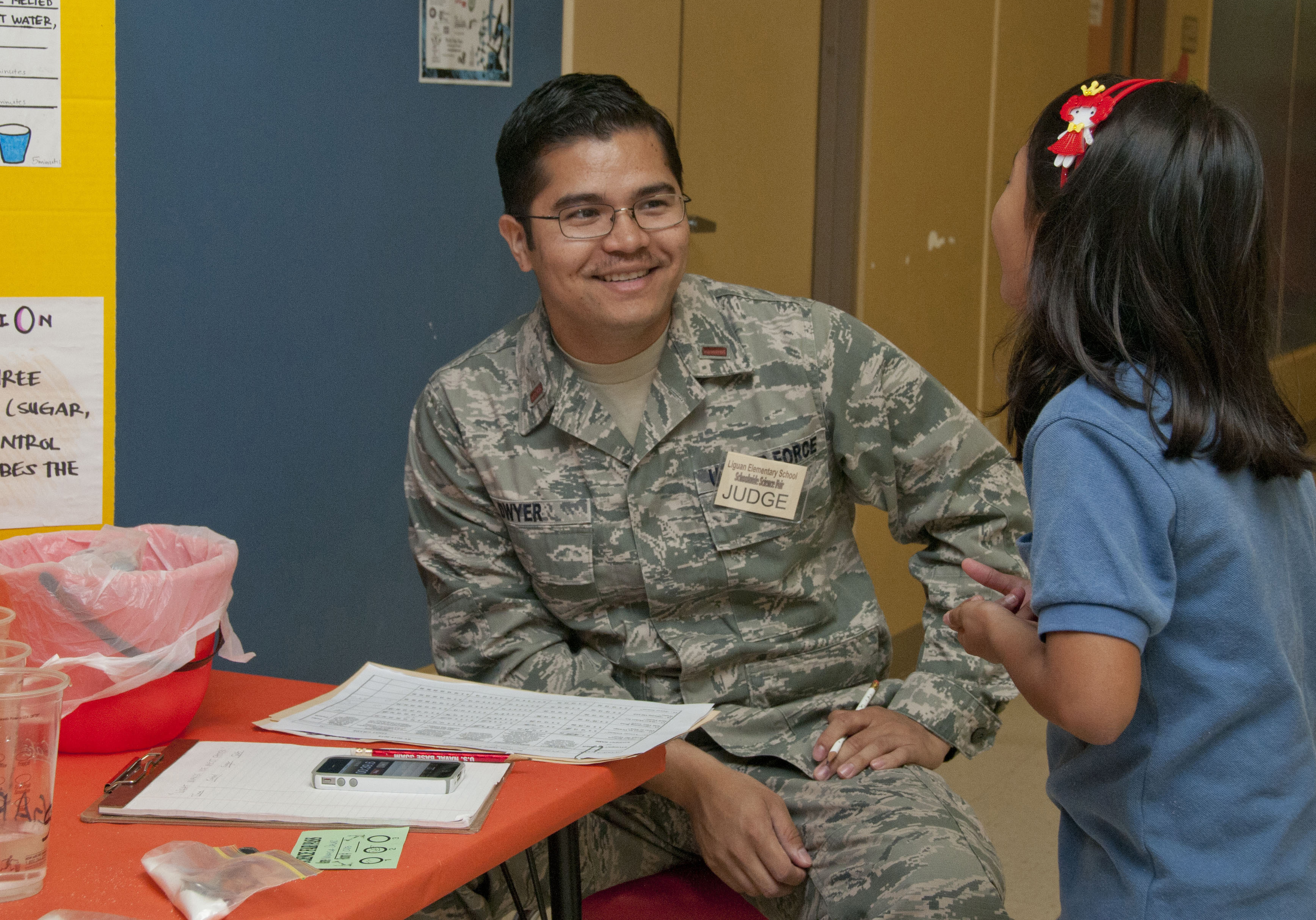 “I love the fact that it can open up the eyes of our children to see what potential they have and maybe set goals,” he said. “When you look at it long range, that’s what’s going to build the relationship in the long term.”

Senior Airman Steven Cote, of the 734th Air Mobility Squadron, said he took the opportunity to volunteer in order to foster relations and hopefully inspire the students.

“We at one point did our own science fairs and sometimes the students look up to us,” he said. “We want to interact, mingle with and show them that we’re just normal people as well and show that we support them.” 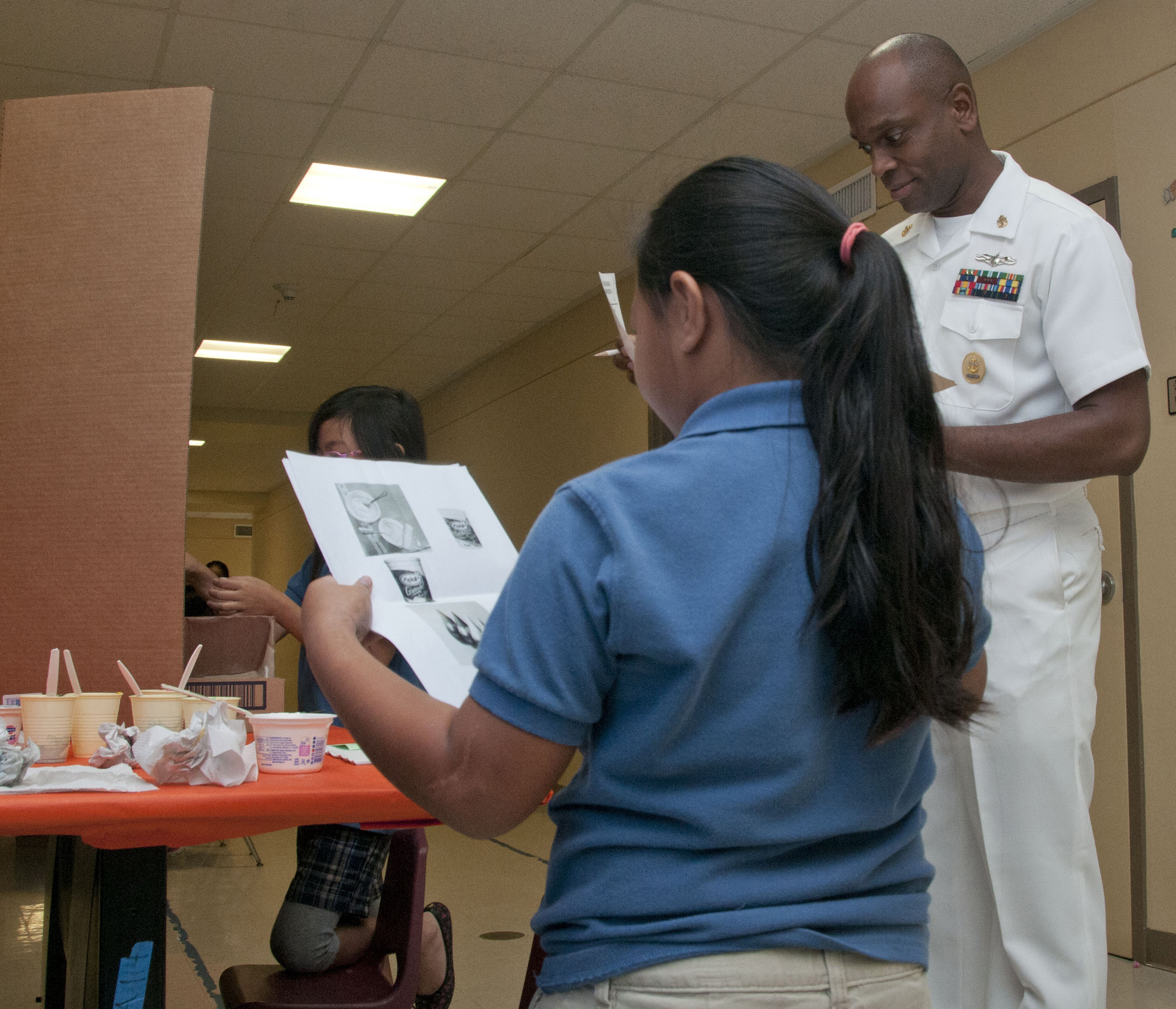