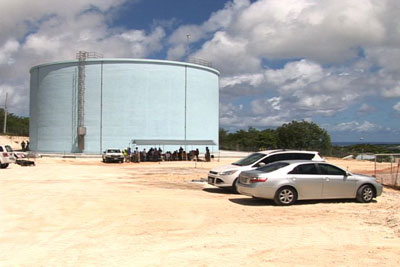 GWA is building its third  “Pre-Stressed” concrete water tank. Its being constructed right next to another 2-million gallon water tank that was dedicated last year.

A similar water tank is also being built in Agana Heights. The contractor is dck Pacific.

It will cost $4-million dollars. And it is the first project to be funded by GWA’s 2013 bond.

The new water tanks are required under a Stipulated Order requested by the U.S. EPA and issued by the Guam District Court.