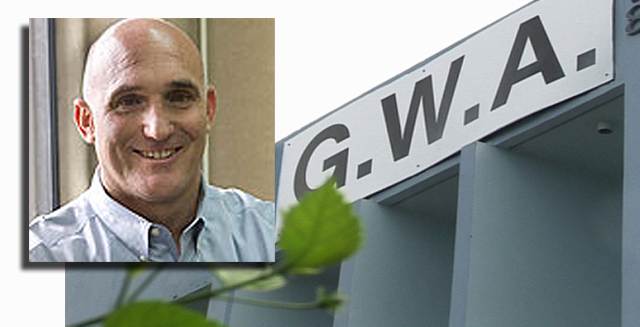 Guam Waterworks Authority [GWA] General Manager Martin Roush has announced in a letter to employees that he has submitted his resignation,  effective August 24th.

The letter is dated last Thursday, June 19th. It explains that he is stepping down “for personal reasons,” but no other explanation is provided

Roush also writes that he is “proud of GWA and the work that has been accomplished over the last few years” including the “A- bond rating” and the “financial stability” GWA now has.

“It was definitely your teamwork that turned GWA around,” writes Roush. 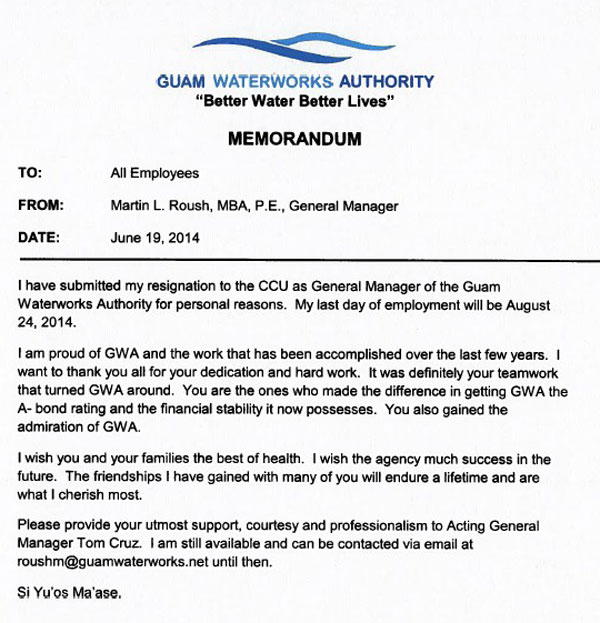