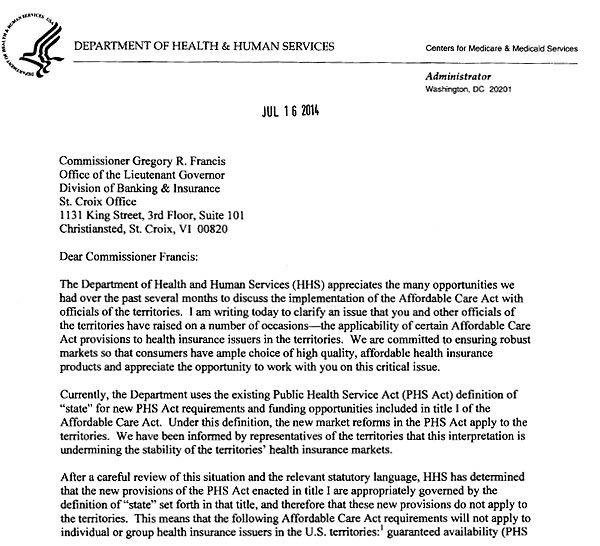 Guam – The U.S. Department of Health and Human Services has granted an exemption for the Territories on some of the coverage requirements in ObamaCare.

It applies to all the Territories including Puerto Rico, the Virgin Islands, American Samoa as well as Guam and the Northern Mariana Islands. Health and Human Services sent letters to Wednesday to Territorial Insurance Commissioners announcing the decision.

Reacting to the news, Calvo SelectCare Administrator Frank Campillo called it a “huge win for the Territories.”  He said it is “very meaningful” because “what could have been a disaster in terms of higher premiums, will now be mitigated by this exemption.”

However Campillo cautioned that there are other pressures on health insurance rates. While the ObamaCare exemption may avert big premium increases, we should not expect to see dramatically lower rates either.

Campillo said it appears that the pre-existing condition requirement is now exempted, but it will take a few days to review the decision and determine just what mandates will and won’t apply.

He also says that consumers have gotten used to some of the mandates already, like the requirement to provide coverage to children through the age of 26. “Insurers may just continue some of those requirements, even if they have been exempted,” said Campillo. 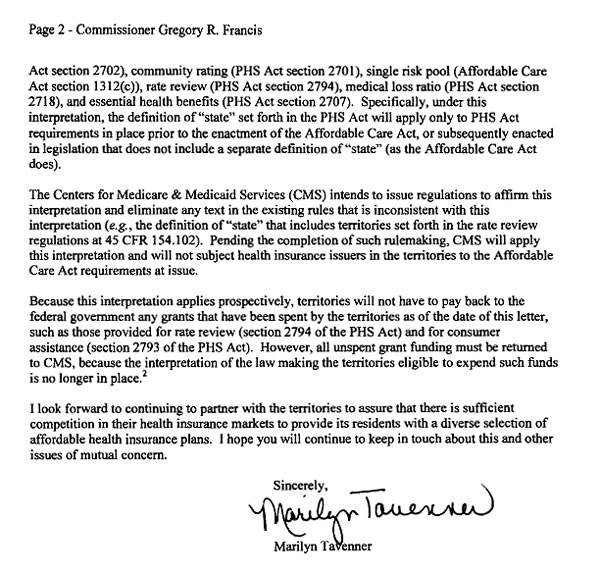