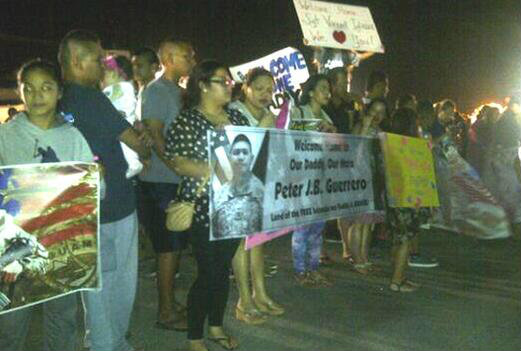 223 members of the Guam Army National Guard’s I-294th Infantry Regiment stepped off their chartered flight at about 12:30am.

The Soldiers completed their demobilization at Camp Shelby in Mississippi and left at 6:15am Monday Guam time and re-fueled in Hawaii before landing.  On January 5th 280 Soldiers arrived on the first charter from Camp Shelby.

“Task Force Guam” was the largest group of reserve component troops ever to be mobilized and deployed from Guam. The nearly 600 Soldiers were spread out in 7 units at key locations throughout Afghanistan.