He was charged with First Degree murder, Kidnapping, Sexual Assault, Robbery along with other charges.

Romero’s body was found in the abandoned  La  Fiesta Mall in the San Roque area of Saipan on February 7th 2012. The 37 year old  Filipina woman had been abducted and sexually assaulted, before she was killed.

The 39 year old Crisostomo was already a prisoner, in jail, when he was brought to a Saipan courtroom in an orange jump suit to face the new charges against him.  He has been in jail since February 14th of last year after he was arrested for “ice” possession and contempt of court.  That arrest took place just 2 weeks after the Romero murder. Crisostimo has been in jail ever since.

But Assistant CNMI Attorney General Shelli Neil told PNC’s Saipan Correspondent Brad Ruszala that Crisostomo has been a suspect since the beginning. 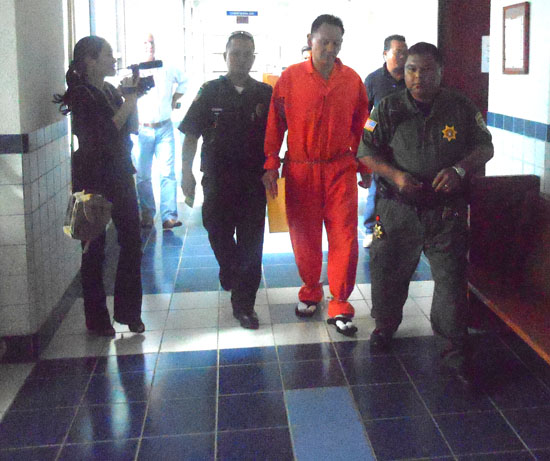