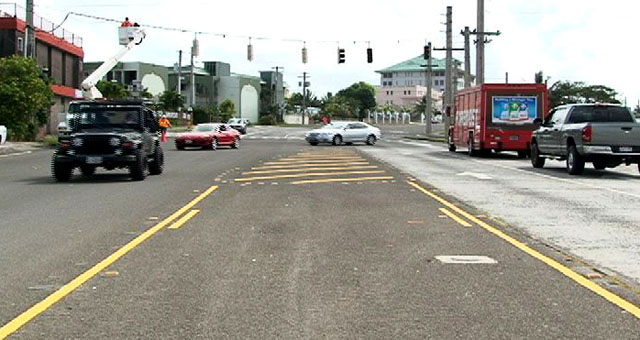 Guam – DPW engineers finally got to work Monday on a mal-functioning traffic light at the intersection of  Route 1 and West O’Brien Drive.

DPW Director Carl Dominguez says there was apparently a “short” in the switching mechanism. He called it a “complex fix” and not simply a matter of throwing a switch to re-set it.  He could not say when it would be restored to proper working order.

The traffic light was restored to service about noon Monday.

Dominguez notes that this is the third time in the past 8 months that a traffic light has developed a “complex problem” that took several days to fix.