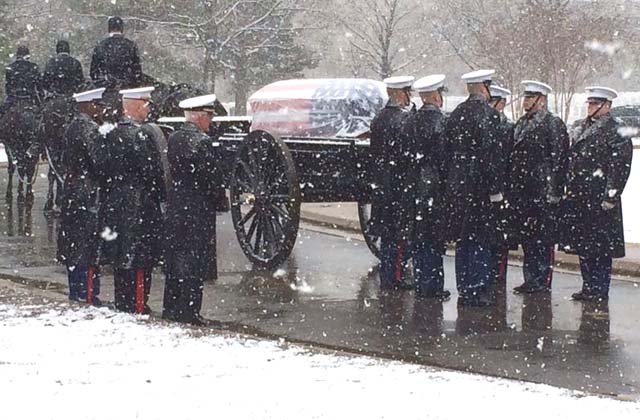 Guam Congresswoman Madeleine bordallo says the funeral was one befitting an american and Guam hero.

Bordallo:  “There were many dignitaries,  also from Guam,  including Governor Calvo, and General Tryon from the Marines, he was seated next to me, and then, there’s Congressman Kilili Sablan,  and the Speaker of the CNMI,  his name is Guerrero.”

Bordallo says a couple of hundred turned out for the chapel service and burial, including many members of the Blaz family, the President of the Guam Society Mike Blas and others.

The eulogy was given by former Congressman and Armed Services Chair Duncan Hunter. Bordallo spoke while traveling in the procession next to the military caisson and riderless horse.

Bordallo: “They brought up the fact that he was 16, during the war. They mentioned how elated he was when he spotted the marines that had landed,  and then he went through a concentration camp,  and mentioned the fact that he wrote a book about his experiences in the war. It was a very good eulogy.”

Governor Eddie Calvo remembered General Blaz for his great “magnetism”,  especially as a member of Congress.

Calvo:  “People were attracted to him,  and he was a leader. He was appointed the President of the freshman class,  for his initial Congressional term.  And the amount of respect that was afforded to him, as a result of him also serving as a general officer in the Marine Corps.”

But Calvo says the main message of  Blaz’s funeral was more than the General’s service to his country, but for one who had seen the horrors of war. Calvo says it was Ben Blaz’s deep faith in god and his love for his fellow man.

Calvo: “Loved his island, loved his people, loved his nation,  but most importantly, loved his god.” 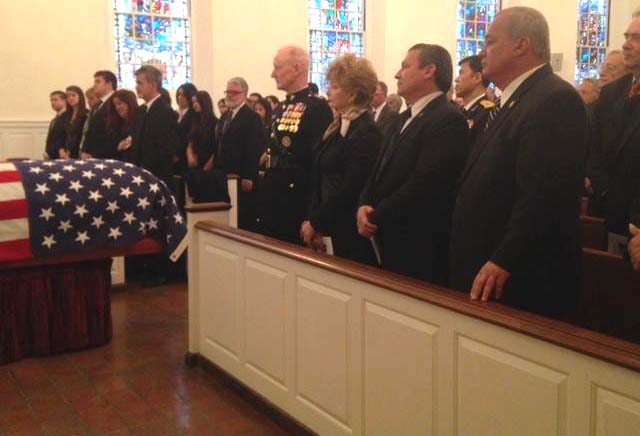