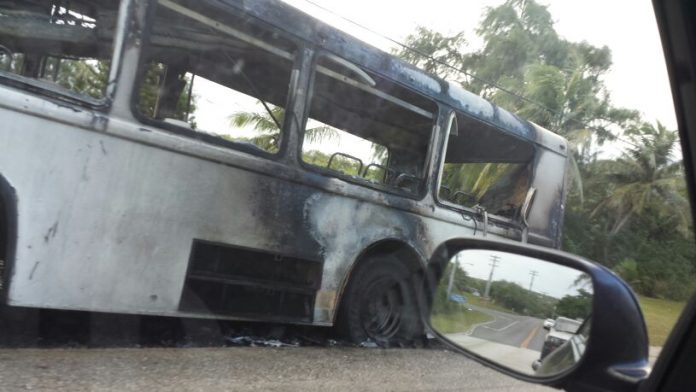 During a phone call with PNC this morning Cabana said two passengers were on-board the bus when the fire started shortly after 4pm.

The driver also attempted to put the fire out with a fire extinguisher but was unable to. The Guam Fire Department was called to the scene at about 4:15 and responded quickly Cabana said.

While the bus is a total loss Cabana says overall bus operations will not be affected.