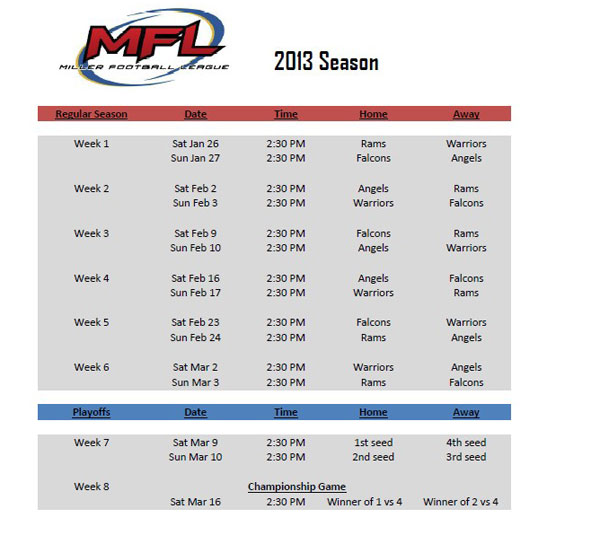 Guam – The Miller Football League is back and set to kick off this Saturday with a rematch of last year’s championship game.

The Cars Plus Rams and the Pepsi Warriors will open the season on Saturday while the Shell’s Hal’s Angels will take on the newly formed Falcons on Sunday.

Games are scheduled every weekend until the championship game on March 16.  All games are at 2:30p.m. at the University of Guam Field.