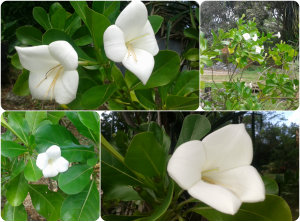 Guam – A bill has been introduced to change Guam’s national flower from the Puti Tai Nobio or Bougainvillea to the Gaosali, commonly known as Torchwood.

Board Director Hope Cristobal says the Gaosali can be found throughout Micronesia and is native to Guam, unlike the Bougainvillea.

With its square shape Cristobal argues that the Gaosali is much more unique than the Bougainvillea which is also the official flower for at least twelve other locations.

She adds that the Gaosali is culturally significant.

“This particular plant was used as a torch,” Cristobal explained. “To maybe light up caves at night or along the shore line when you’re hunting for crabs or when you’re out in the jungle.”

The Gaosali is found along the island’s limestone cliffs close to the ocean but can also be grown inland.