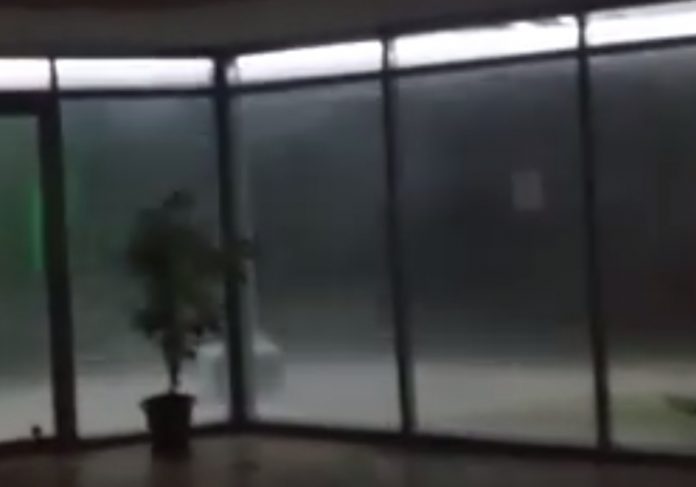 Guam – While Saipan is still recovering from Typhoon Soudelor, here’s a look at amazing footage during the typhoon captured by a Saipan resident.

Resident says, “We’re here at the TSL building taking refuge. To all of you that are watching this video, if I don’t make it out alive, you guys are witnesses to what I witnessed here.”
This video is going viral on social media, with the number of views reaching 40-thousand in just four days.
The resident says, “It was so calm at first and now it’s crazy. The wind is so strong! You guys are the witnesses.”
Also in this video, they walk to another side of the building where the wind and rain were coming in.
National Weather Service Forecaster Mike Middlebrook tells PNC that Saipan was likely hit by winds in excess of 100 miles per hour however it’s not clear exactly how powerful the winds were because the wind measuring equipment called an anemometer broke. Before it broke the equipment recorded 91 mile per hour winds.
Link to the full video: https://www.facebook.com/edward.cepeda.9465/videos/421870864678210/?pnref=story