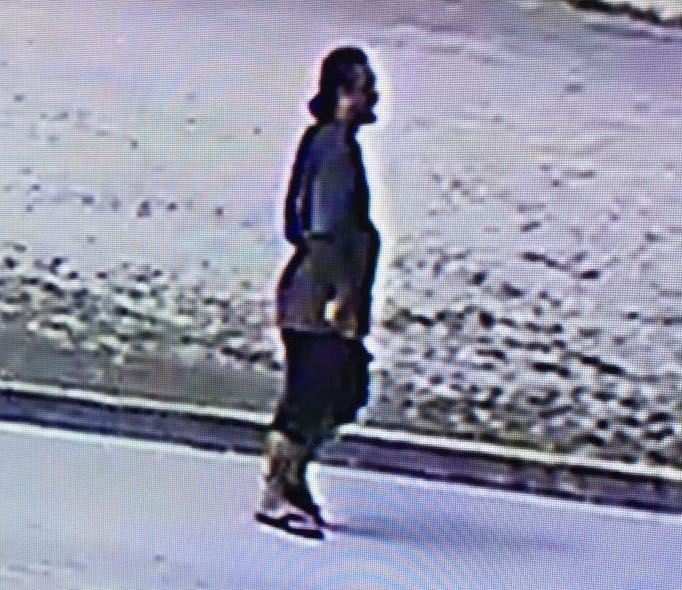 Guam – Police continue their hunt for a suspect wanted in a rape investigation.

Guam Police Department Spokesman Paul Tapao released a video of a man wanted for questioning relative to the case.

The sexual assault occurred on Jan. 26 in broad daylight at 1:20 p.m. in the waters off of Fai Fai Beach in Tumon.

According to GPD Spokesperson Paul Tapao, the victim was approached by a male individual who spoke to her in broken English. When the woman told the suspect to move away, the suspect reportedly became angry and grabbed the victim then began pulling her out to deeper waters.

Police say the male individual began choking the victim, dunking her in the water as he sexually assaulted her. When he was done he walked away towards the beach and was seen by the victim heading towards the jungle area by Gun Beach.

The suspect is described as being of Chuukese descent with muscular build and dark complexion, standing between 5’7 to 5’8 in height, weighing between 185 to 190 pounds. The suspect has dark hair, clean cut with a braided bleached tail. Police say the man has betel-nut stained teeth with his upper teeth missing. The man was last seen wearing knee-high, dark colored board shorts.

Police released the video of the man who they believe may be the possible suspect.

If anyone can identify the individual captured on surveillance footage taken on the
day of the incident, you’re asked to call the Guam Police Department’s dispatcher at 472-8911. Information can also be submitted anonymously through the Guam Crime Stoppers 24-hour hotline at 477-HELP (4357) or online at guam.crimestoppersweb.com.