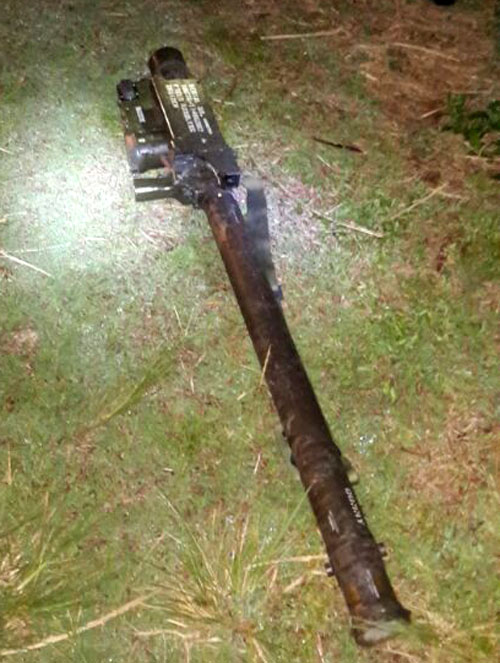 Guam – Guam Police and investigators with the Air Force’s Office of Special Investigations [OSI] have  recovered what court documents describe as a stolen “Rocket Launcher” during a raid on a Dededo home Friday evening.

The weapon was recovered during the execution of a warrant at a home on Swamp Road.

On Saturday,  49 year old Donald C. Aldan and 34 year old Ivan Leebrick Sablan Cabrera were formally charged in connection with the crime. Aldan and Cabrera were charged with “Theft by Receiving” and “Possession of a Schedule II Controlled Substance”.

According to the Magistrate report, the “Rocket Launcher” was later determined to be a “Trainer Handling Guided Missile Launcher”,  it belongs to the U.S. Government and it was “capable of firing a projectile that could possibly be operational”. The report says that the device “is ‘capable of launching a projectile from the tube … the internal operation of the weapon has a functioning rocket motor capable of launching the projectile either 500 feet or beyond'”.

Officer Balajadia released an image of the “Rocket Launcher” Sunday morning saying in a text message that the device could be “very dangerous in the wrong hands.”

He also stated that “it could hit one of our commercial planes, low flying helicopter, who knows what else.  It’s a great thing for our community that the Criminal Justice Task Force located this and recovered.”

[A draft of the U.S. Army’s Air Defense Artillery Reference Handbook posted on fas.org describes the device as a “Stinger Field Handling Trainer (FHT)” which is “used at the unit level and service schools to train entry-level Stinger gunners in missile handling procedures. The Stinger gunner uses the FHT to practice manual skills of weapon handling, operations, sighting and ranging. The FHT can be used to visually track live aircraft or radio controlled miniature aerial targets (RCMATS). It allows the gunner to practice mating and removal of the gripstock, and insertion and removal of the battery coolant unit (BCU). The FHT is the same size, weight, and appearance as the Stinger weapon round. However, audio indications of target acquisition are not a feature of the FHT (figure 6-1).”]

According to the Saturday Magistrate report for Aldan and Cabrera, when police arrived at the Swamp Road home, a man, later identified as Donald Aldan, fled on foot away from the residence. Police gave chase and called on him to stop, but he continued to run into the jungle.  They eventually caught and cuffed him after he emerged from the jungle into an open yard. 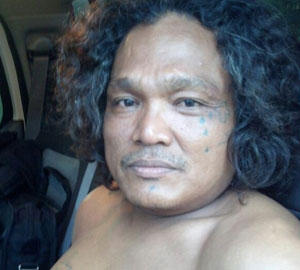 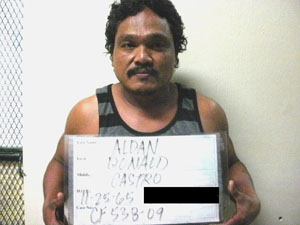 Inside Aldan’s pockets they found a plastic straw, sealed at one end, and a crystalline residue inside that “Aldan admitted to officers” was “‘keki’, a term for methamphetamine or ice” which he said he got from Ivan Cabrera.

Cabrera was later found on the “premises” of the Swamp Road home and the Magistrate report says he too was found to be in possession of  “ice”.  Cabrera was “patted down and a ‘fabricated glass pipe with suspected crystal methamphetamine residue and [another] a fabricated glass pipe with suspected marijuana residue’ were found. Field tests proved positive for both drugs, states the report. 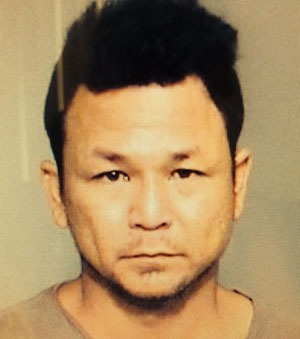 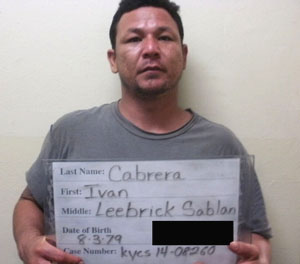 It was Cabrera who led officers to the “Rocket Launcher” which was recovered at a different location on Hahasu Drive near Astumbo Gardens, according to the report which states that “defendant Cabrera was informed of his constitutional rights, waived them and agreed to lead officers to a location … where he had placed a ‘Rocket Launcher’ … when an attempted sale of the item did not go through.”

“At the location on Hahasu Drive GPD Officers also recovered a ‘green colored cylinder with a trigger firing mechanism attached to it'”.

The magistrate report also reveals that “multiple types of small arms ammunition” was found at the Hahasu Drive location and a number of “clear re-sealable plastic bags’ ” were also found. They contained  ‘white powdery residue, suspected to be crystal methamphetamine.”

She said their arrest was “a collaborative effort between the Guam Police Department, The U.S. Air Force Office of Special Investigations and the Office of the Attorney General.”

The case is still developing and the investigation continues. said Charfauros.

2 Others “Taken Into Custody” During Friday Raid:

2 other men were also “taken into custody” Friday evening.  John I. San Nicolas and John Acfalle. [see release from Officer Balajadia below].

San Nicolas was arrested on charges unrelated to the rocket launcher charges.

The Spokeswoman for the Attorney General’s Office, Carlina Charfauros says  San Nicolas is suspected of the theft of a tourist’s bag on February 21. “He … happened to be at the residence … involving the arrests of Ivan L.S. Cabrera and Donald C. Aldan and seizure of drugs and weapons including a rocket launcher”, said Charfauros. He has been booked and confined for “Theft of Property” and “Warrant of Arrest”. 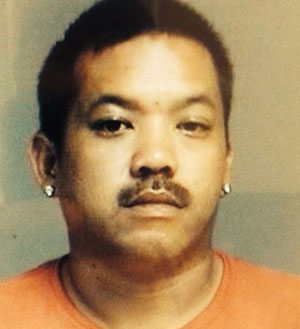 The status of Acfalle is not clear.  According to Officer Balajadia’s release, Acfalle was also “taken into custody”, but he is not listed as having been booked and confined. Officer Balajadia has yet to respond to a request for clarification.

However in his release he notes that “more arrest may be pending as well Federal Charges may also be forthcoming as the Criminal Justice Strike Force and Air Force Office of Special Investigations continue their investigation into the military rocket launcher that has been recovered.”

After a week long investigation into the theft of government property the CRIMINAL JUSTICE STRIKE FORCE was able to recover a military rocket launcher.

At 6:15pm, Friday, March 21, 2014 the CJSF along with assisting units; Air Force Office of Special Investigations, the Guam Police Departments Criminal Investigation Division and Special Operations Division executed a search warrant at a residence off Swamp Road, Dededo relative to a “Rocket Launcher” that was illegally taken from Kusan Air Base in Korea.

ALDAN and CABRERA were observed fleeing the area however they were quickly apprehended by CJSF personnel.  CJSF personnel conducted a search of the residence locating drug paraphernalia, and ammunition which varied, different types of high and small caliber.

ALDAN was arrested for Possession of a Schedule II Controlled Substance, Warrant of Arrest and Resisting Arrest
Note: ALDAN has been on the fugitive listing and been avoiding law enforcement officials

All three were booked and confined

More arrest may be pending as well Federal Charges may also be forthcoming as the Criminal Justice Strike Force and Air Force Office of Special Investigations continue their investigation into the military rocket launcher that has been recovered.

Guam – Guam Police recovered what court documents describe as a stolen “Rocket Launcher” during a raid on a Dededo home Friday.

The weapon was seized during the execution of a warrant at a home on Swamp Road.   Donald C. Aldan and Ivan Leebrick Sablan Cabrera were arrested. This afternoon in Superior Court they were formally charged with “Theft by Receiving” and Possession of a Schedule II Controlled Substance.

According to the Magistrate report, the “Rocket Launcher” was later determined to be a “Trainer Handling Guided Missile Launcher”.

GPD advised the U.S. Air Force Explosive Ordinance Disposal team and the Air Force Office of Special Investigations of the discovery. They came and took the item to Andersen AFB