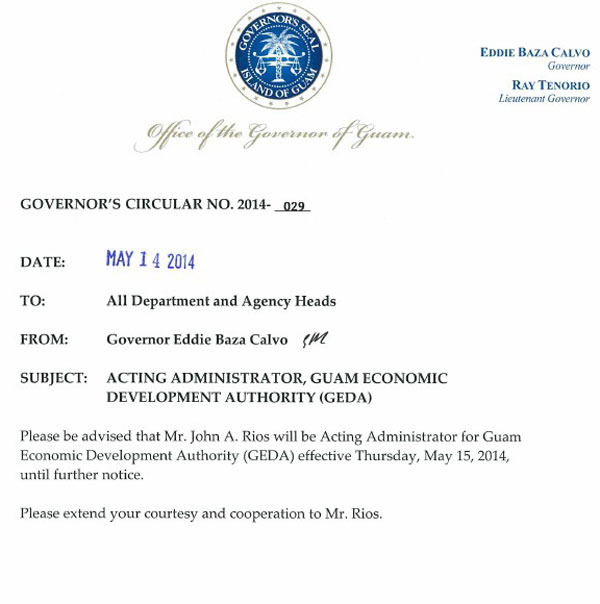 Governor’s Spokesman Phil Leon Guerrero says its an interim appoint for the next 90 days.

Rios has been serving as the Director of the Bureau of Budget and Management Resources [BBMR], the Executive Branch budget office. Rios replaces former GEDA Administrator Henry Taitano who stepped down last month to return to the private sector. Deputy Director Joey Calvo takes over as Acting Director of BBMR.

Because GEDA is an autonomous agency, Leon Guerrero said the Governor will leave it up to the GEDA Board to decide who will become the permanent GEDA Director. He acknowledged the Board could well decide to tap Rios for the post.

Whoever the GEDA Board decides on, that person would still need legislative confirmation, before Rios’ 90 day appointment is up.