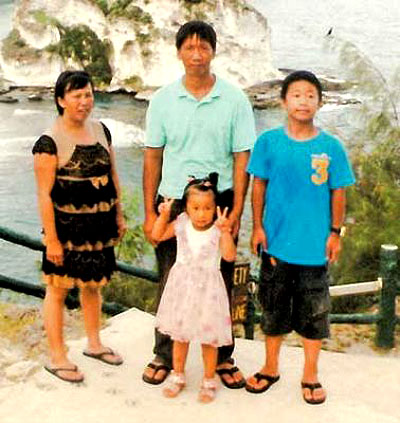 Saipan – Police on Saipan have now classified a case where two bodies were found after fire engulfed a house in As Gonno as a double homicide.

Department of Public Safety Commissioner James Deleon Guerrero told Saipan Tribune that investigators now believe there was foul play behind Sunday’s fire where the bodies of a Chinese couple were found completely charred in their bedroom.

As this developed, the victims’ family members suspect that robbery was the motive and that possibly more than two people were behind the arson and killing.

Tarkong said that Guo Huang Xu, 40, male, had signs of blunt trauma to the head, while the injuries of Qing Xiu Zheng, 38, female, were still unknown.

The couple had been farming in a leased property in As Gonno for more than two years now. They had been supplying vegetables at hotels and other stores on the island.