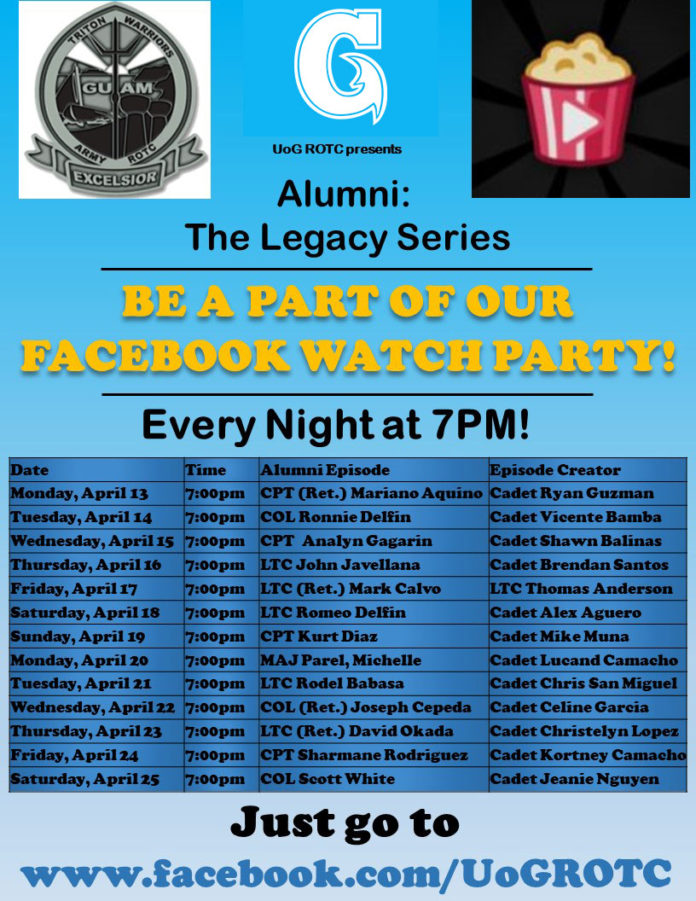 A video series documenting the military careers and successes of ROTC alumni from the University of Guam will begin at 7 p.m. this Monday and continue at the same time every night through Saturday, April 25. The videos are the projects of senior cadets in the University of Guam ROTC program who were tasked with interviewing Army officers who graduated from UOG’s ROTC program.

The 13 episodes of “Alumni: The Legacy Series” document each officer’s career, some spanning 40 years. Specific highlights include combat deployments, leadership decision-making processes, and recommendations for personal and professional development.

The UOG ROTC alumni who will be featured include:

To view the video series, go to www.facebook.com/UoGROTC each night at 7 p.m.

UOG’s ROTC program was established in October 1979 and is celebrating 40 years of producing dynamic leaders for Guam, the Pacific, and the United States of America.