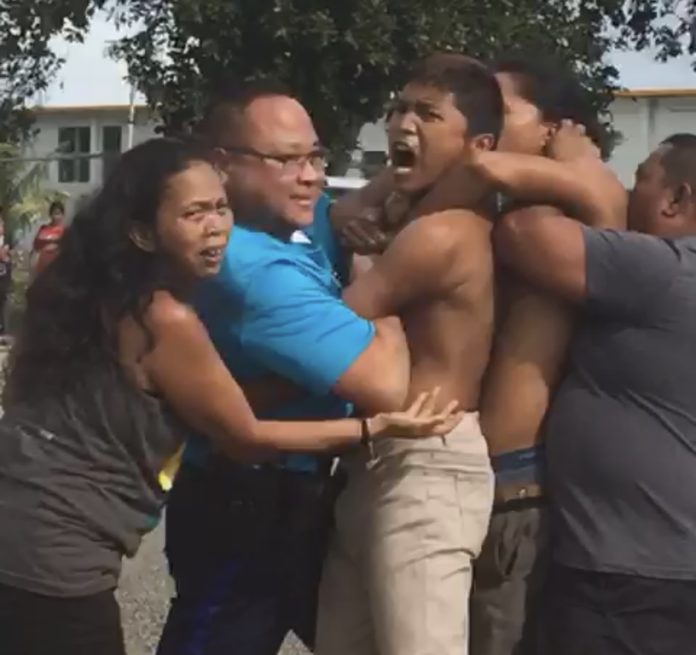 Guam – A video that has circulated social showing an armed off-duty police officer being attacked by teenagers has resulted in a couple of arrests.

The situation could have quickly gone out of control as the teens, according to police, attempted to grab a hold of the officer’s firearm. Fortunately, the officer, who has not been identified, was able to lock the arm of one of the alleged attackers as other surrounded them.

The off-duty officer witnessed a fight between three people and tried to quell the situation. In doing so, Tapao says the teens turned against the officer and began attacking him.

Tapao says one of the individuals involved in the fight was struck by a baton.

The minor was taken to the Department of Youth Affairs while Salas was booked and confined.