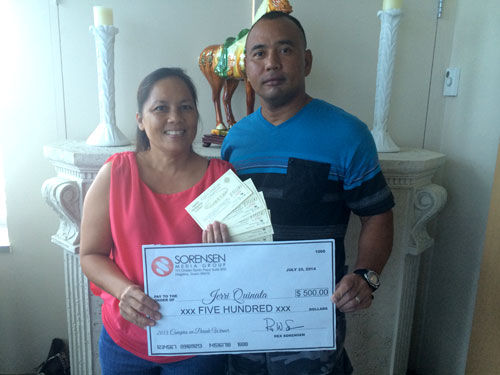 The Canopies on Parade’s 1st and 2nd place winners were announced and presented their prizes on Friday, July 25th, 2014.

This is the second year in a row that the family of Bob and Jerri Quinata took First Place for the Canopies On Parade. They were presented a check for Check for $500, 5 cases of Paul’s Pure Milk from Triple J Five Star, $50 in gift certificates from Agana Shopping Center, One Night Stay with Breakfast
at the Hotel Nikko Guam compliments of MedPharm/Labtech and a Maruyama Back Pack Sprayer from Car Quest.

The Second Place winner went to the family of Anthony P. Cruz and Amy Castro. They were presented with 5 cases of Paul’s Pure Milk from Triple J Five Star, $50 in gift certificates from Agana Shopping Center, Free Wash & Vacuum from Pristine Detailing, Gift Basket from Cosmos Distributors, and a
Prize from CarQuest of Guam. 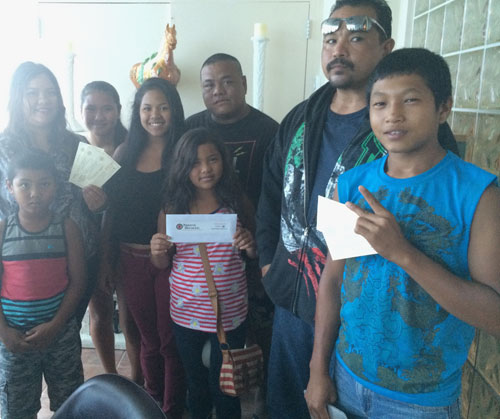 About Sorensen Media Group
Sorensen Media Group (SMG), a privately-held media and entertainment company, is the leading private broadcast company in the Mariana Islands with holdings in television, radio and internet broadcasting, SMG also provides audio and video production and social media services. Its owned radio stations include Power 98 FM, Newstalk K57 AM , 105 The Kat FM and The Shark on Guam and Power 99 FM in Saipan! In television, its stations are ABC7 and Fox6 Guam and ABC7 on Saipan. Radio and nightly television news is provided to each station and the internet by our news operation The Pacific News Center, Guam (PNC).