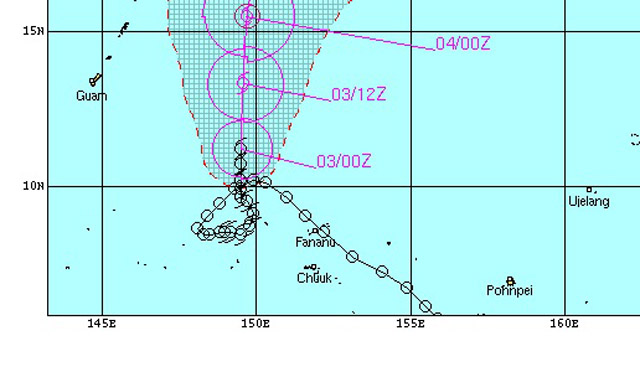 The storm has maximum sustained winds of 50 mph and it is moving north at 6 mph.

Its closest point of approach, says the NWS forecaster Derick Williams, will be about 10pm tonight at 322 miles east of the island. That will be far outside the radius of any damaging winds.  It is also expected to pass well east of Saipan and Tinian Tuesday morning.

There are no watches or warnings for any of the islands of the Marianas. 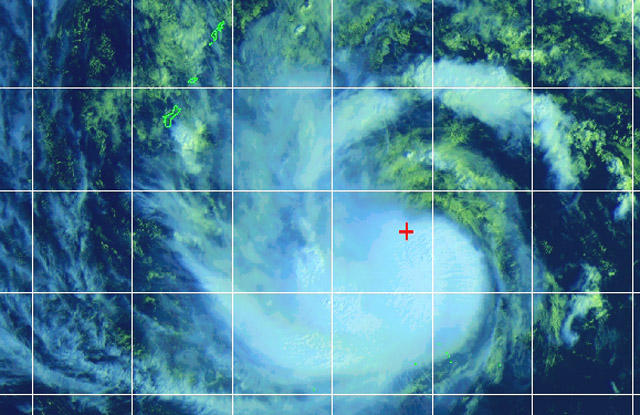 READ the NWS Discussion and Outlook below:

At 1pm ChST -0300 UTC: The center of Tropical Storm Faxai was located by satellite imagery to be near latitude 11.7 degrees north and longitude 149.5 degrees east.

Tropical Storm Faxai is moving toward the north at 6 mph. Faxai is expected to curve to the north-northeast and accelerate through Tuesday. Faxai is forecast to pass east of Guam late tonight and Saipan Tuesday morning.

Maximum sustained winds remain at 50 mph. Tropical Storm Faxai is expected to intensify slowly during the next 36 hours. Tropical Storm force winds extend outward from the center up to 70 miles.

The next scheduled advisory will be issued by the National Weather Service at 8pm ChST this evening.