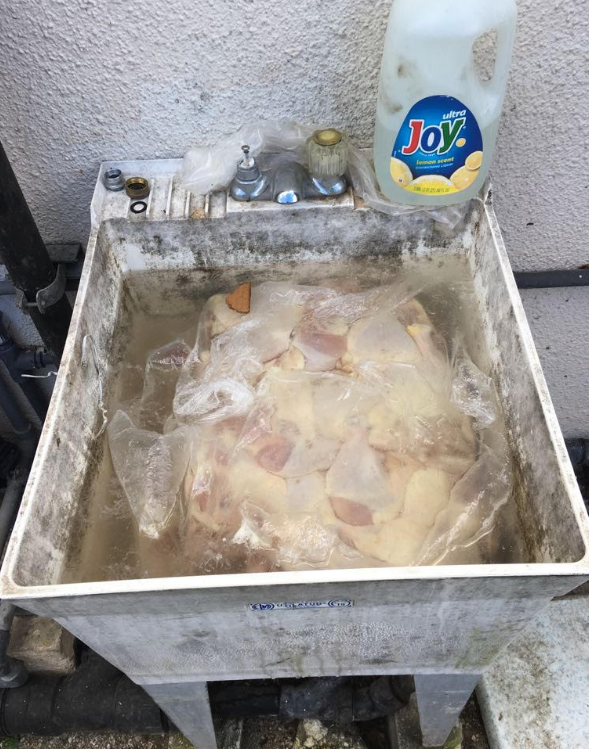 Guam – The Department of Public Health released the inspection report of the Pho Saigon 2 restaurant and the details of the findings are difficult to stomach.

When the health inspectors arrived yesterday for an impromptu inspection, they found more health code violations far beyond raw chicken left outside in the open air.

Public health went on to cite other violations that included a lack of hot water at the restaurant, improper employee hand washing, sanitation issues, hazardous food storage temperatures, and of course, pest problems.

The inspector noted that insects, rodents, and animals were indeed present at the restaurant in some form. Additionally, the report notes that the owner admitted to thawing raw chicken in the mop sink outside of the restaurant; however, the owner’s rationale for doing so was not revealed.

Risk factors like these are improper practices or procedures identified by Public Health as the most prevalent contributing factors of food borne illness or injury.

Failure to comply with the noted citations could result in the immediate suspension of the sanitary permit or even a letter downgrade.

At the end of the inspection, a total of 49 demerits were received and Pho Saigon 2 was subsequently shut down. Enough violations were cited that their sanitary permit was temporarily suspended.

A “D rating” and a notice of closure is visible on their door today. Until the citations are addressed, Pho Saigon 2 will remain closed.