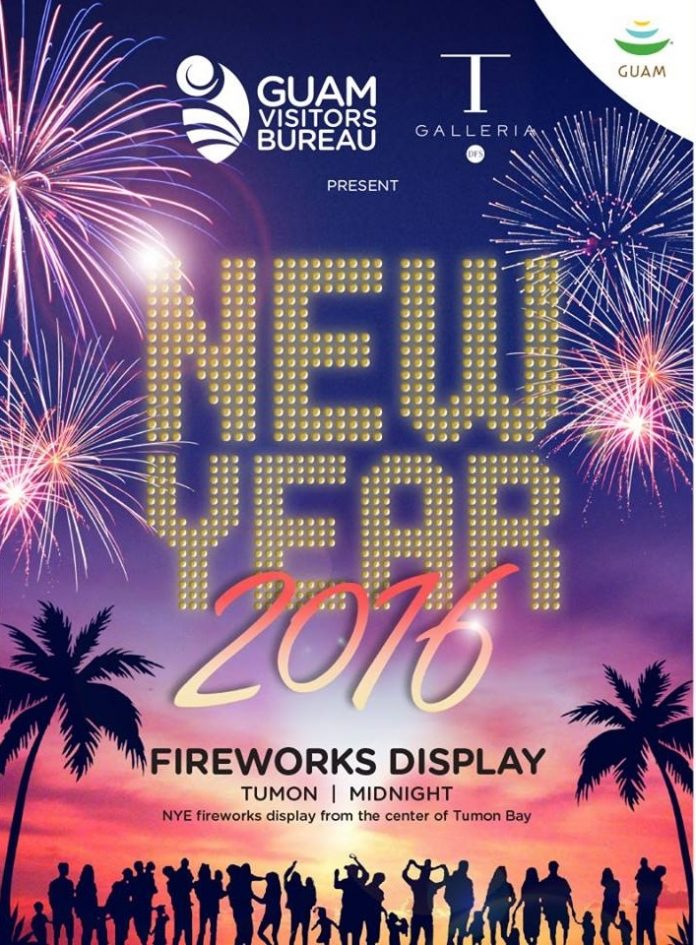 GVB celebrates the conclusion of 2015 with fireworks in Tumon Bay, marking Guam as the first in the United States to kick off the new year.

Guam – If you’re planning to watch the fireworks display this New Year’s Eve, tonight at the Tumon Bay, remember to bring your cameras to snap your best pictures and videos of the event for the chance to win a staycation package.

The Guam Visitors Bureau’s (GVB) PIO, Josh Tyquiengco, says “Only On Guam” will be holding a contest in which four winners with the best photos and videos of the show will be chosen to win a Guam Staycation Package. “It is important to showcase what makes Guam so special,” says GVB General Manager, Nathan Denight, “since Guam is a unique travel destination.” That is why GVB is inviting residents and visitors to take part in the “Only On Guam” fireworks show in Tumon Bay, which celebrates Guam as the first in the United States to start off 2016.

Tyquiengco adds, “Let’s bring in 2016. The fireworks are just kind of a gift to the community for making 2015 one of the best years ever. And going forward, 2016 is gonna be the Visit Guam 2016 year. Lots of preparations are gonna be involved with the PATA Annual Summit in May, as well as the Festival of the Pacific Arts (FestPac), and also the other GVB signature events throughout the years. We have a big year ahead of us, and we just wanna get the community pumped up and start off the new year with a bang.”

To take part in the Only On Guam contest, just send your photos and vidoes of tonight’s fireworks show to the Only On Guam website, at oog.visitguam.com. The contest will run until January 8th.