The celebration of Liberation Day always brings to the surface the ambivalence of Guam’s relationship with the United States.

Guam will always be grateful to the U.S. for liberating the island from the tyranny of the Japanese during World War II.

But at the same time, there is a little resentment as Guam continues to be an unincorporated territory of the United States without the same rights as other states in the union.

Through the years, calls have been made to change this unfair relationship.

But there has also been this lingering question: What will happen to Guam if we abandon our relationship with the United States?

Aside from tourism, Guam is heavily dependent on military spending and federal dollars as this ongoing coronavirus crisis has shown. The federal government has pumped in almost a billion dollars to help Guam cope with COVID-19. Can you imagine what would have happened to us without this timely assistance?

The truth is that Guam will have to live with the fact that we have always been heavily reliant on the feds and that the U.S. will always have bases here for geo-political reasons.

This is not really so bad considering the many benefits that the island gets from the U.S. It is hypocritical to say that the Guam-U.S. relationship is just one-sided. Guam, too, gets a lot in terms of economic assistance.

Moreover, many islanders go to the mainland to enjoy greener pastures and get a higher education. And even more join the U.S. military to further broaden their opportunities.

But liberation doesn’t have to be always considered in the context of a separation with the U.S. Guam can achieve its own kind of liberation, even under the current relationship with the U.S.

We can start by diversifying our economy, as the current administration has called for, and making it less dependent on the feds.

Our location is not just strategic militarily, it offers commercial opportunities as well and Guam can serve as a commercial bridge between east and west.

If we can successfully diversify our economy, we can show the world that we are not just dependent on federal dollars. In this sense we can be “liberated” to a degree from the U.S. We can hold our head high and answer back to any snotty mainlander who says Guam can’t live without federal dollars.

A more dynamic economy would also mean more jobs and opportunities on island so that people no longer have to relocate to the mainland or join the military just to provide a decent living for their families. In this sense, more residents would become economically liberated with more options to choose from.

To achieve this, our leaders must spearhead a major overhaul of our education system to ensure that future generations would have the training to handle any new industries that Guam develops.

Improving education will result in a highly trained workforce, which would ensure that Guam would be less dependent on foreign labor and that the island will have the human capital to sustain a highly diversified economy.

Liberation is a state of mind and by inculcating the island’s unique history and status to our children, future generations would be less shackled by Guam’s past.

Remember, people cannot be fettered if their minds are liberated, aware, and questioning.

We may live with our current relationship with the U.S. but that doesn’t mean that we, and future generations, will be quiet if Guam’s interests are threatened.

(Have an opinion or viewpoint? Share it with the community by having it published in PNC’s Viewpoint section. The Sorensen Media Group doesn’t necessarily agree with the above opinion and the views above are those of the writer alone. Submissions are subject to editing for length and inappropriate content. Emai your views and opinions to gerry@spbguam.com) 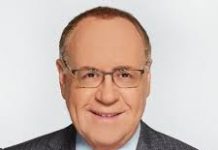 COVID and Biden: Top 7 things new president and his team must do 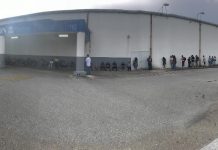 Isn’t it inconsiderate to have patrons wait outside in the sun? 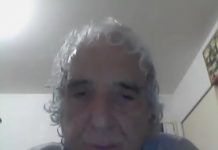 VIEWPOINT: Real consultation with the people of Guam needed on effects of military operations 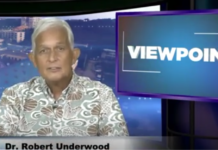 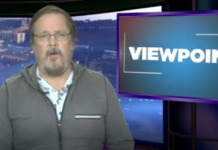