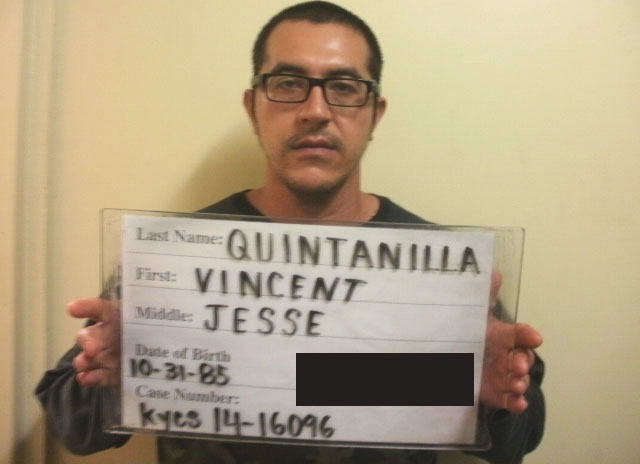 Guam – Vincent Jesse Quintanilla has been charged with Attempted Murder in the beating of Manuel Charles Cabrera.

According to the Magistrate report, police were called to Hahasu Drive in Dededo about 10pm. There they found Manuel Charles Cabrera, lying on the ground bleeding from the head.  He was able to tell police that a neighbor had struck him on the back of his head.

According to the report, witnesses told police they saw Quintanilla “swinging a pipe at the victim”, or “a two foot long silver pipe like a baseball bat”. One “heard the metallic ‘ping’ when the pipe made contact.”

The motive is unclear. One of the witnesses said “Cabrera had drunk some beer earlier in the evening, but could not supply a reason for the attack.”

READ the Magistrate report (scroll down, last one)

Cabrera was taken to GMH where, as of  Monday evening, Nursing Supervisor  Jo Eustaquio, he was in the Intensive Care Unit in Serious Condition.