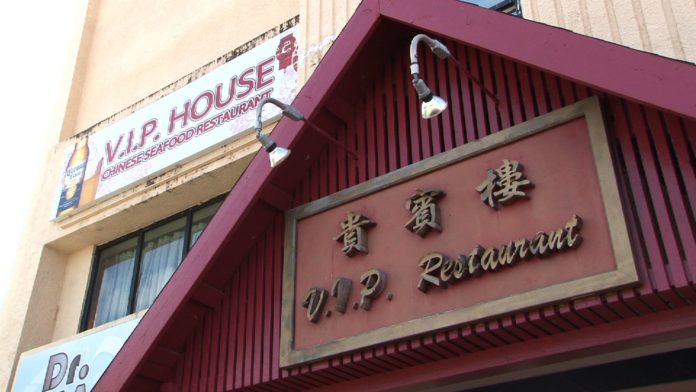 Guam – Yet another restaurant has been shut down following a complaint of the presence of roaches in the facility.

The Department of Public Health and Social Services closed down V.I.P. House 2 which is located in Tumon, yesterday, issuing the restaurant a D rating with 58 demerit points.

A report says the inspection was done after public health received a complaint that cockroaches were present. Although public health did not observe any live roaches during their inspection Monday, they did observe dead roaches and pieces of roaches in some parts of the facility.

Some of the other findings include employees not washing hands properly in between tasks. Public Health says one employee was seen “touching his nose and mouth with his hands, blowing his nose using a wiping cloth, then wiping the prep table with the same cloth without washing his hands.”

VIP House was also cited for improper storage of foods. As an example, four whole chickens had to be thrown out because the walk-in chiller it was being stored in did not meet the cold-handling requirements.

You can read the full inspection report here.