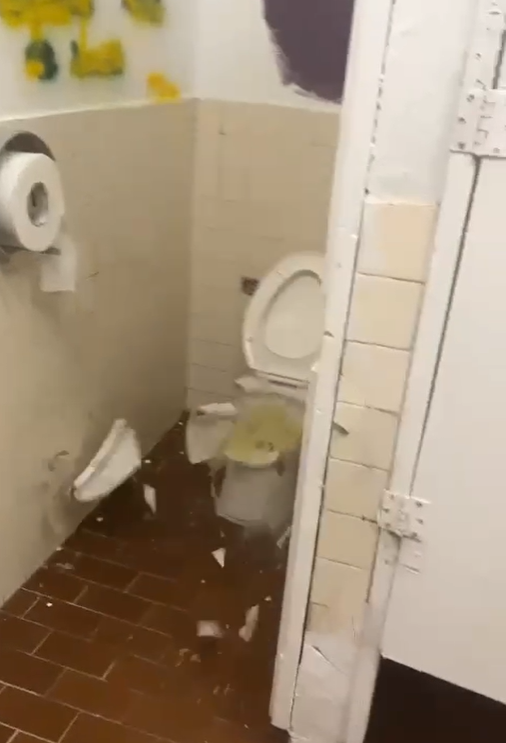 In a recent video that circulated on social media the video depicted students, who appear to be from George Washington High School vandalizing a bathroom stall.

One student was seen carrying what appears to be a giant rock and then proceeds to smash a toilet stall in the video.

In the video, you can hear other students encouraging the one with the rock to throw it.

Members of the community voiced their concern, and said that the actions taken by the students are inexcusable.

Deputy Superintendent Erika Cruz told PNC that the students were identified by school administration. And that Disciplinary Action was taken, and that the Guam Police Department were informed as well.