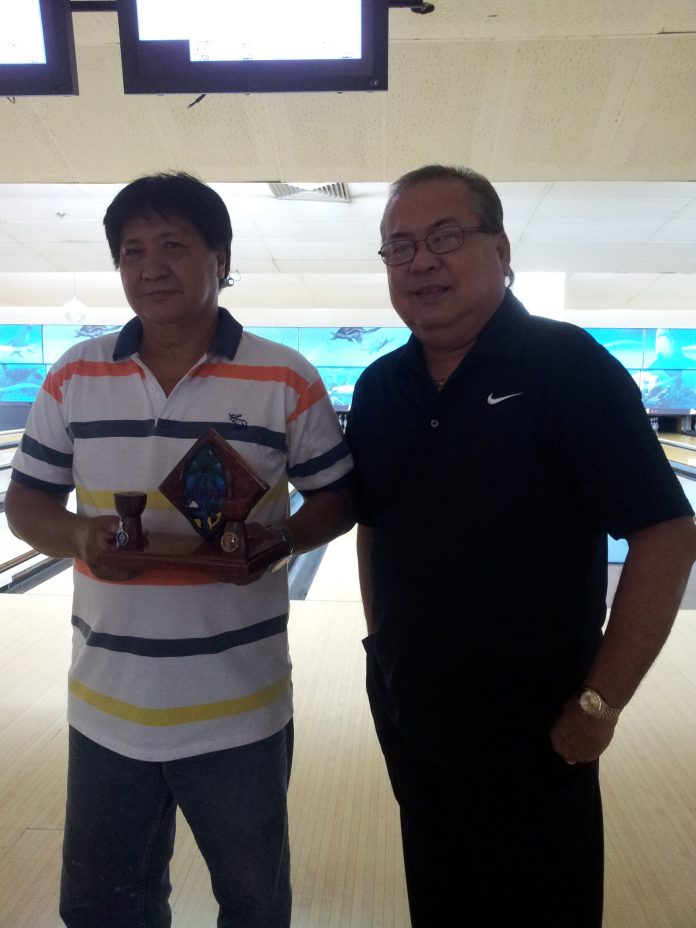 Valencia topped the field after the 6 games qualifying round with a 1263 total pinfall with handicap. The shootout rounds came up with a couple of close matches with 9th seed Rick Torres taking a 1 pin victory over 10th seed Ben Taimanglo and 8th seed Edgar Caper.

The quarterfinals had a close one with Viray taking a narrow 4 pin win over 4th seed Norbie Da Silva while 3rd seed Pat Roberto closed the door on last month’s champion Torres.

Roberto then fell to Valencia in game 1 of the semi-finals while Viray upset 2nd seed Rudy Palaganas. This set up the final match with Valencia for the championship.

The match was a seesaw battle until Viray managed three strikes in a row starting in the 5th through the 7th frame while Valencia struggled with spares over the same frames. Viray finally clinched it with a strike in the 10th frame to lay claim to the July bowling title.

The next monthly tournament will be held 11AM Sunday, August 12th at Central Lanes. This event is open to all bowlers aged 50 or will be 50 by December 31st of this year.