Something went wrong when Virgin Orbit’s  “Cosmic Girl” released the LauncherOne rocket from under its 747 wing over the Mojave Desert in California on Monday.

The rocket fell from the plane and ignited, but it didn’t make it into space.

In December 2018 Virgin Orbit announced that it was in talks with the Guam International Airport Authority to launch satellites into space from the Cosmic Girl.

Later, the company announced that a launch package had been sold to the Department of Defense to launch out of Andersen Air Force Base as well.

Earlier this month, before Monday’s mishap, VOX Space, the Virgin Orbit subsidiary, signed a new agreement with the Department of the Air Force, allowing the company’s LauncherOne system to conduct missions to space from Andersen Air Force Base

“We’ve confirmed a clean release from the aircraft. However, the mission terminated shortly into the flight. Cosmic Girl and our flight crew are safe and returning to base.” 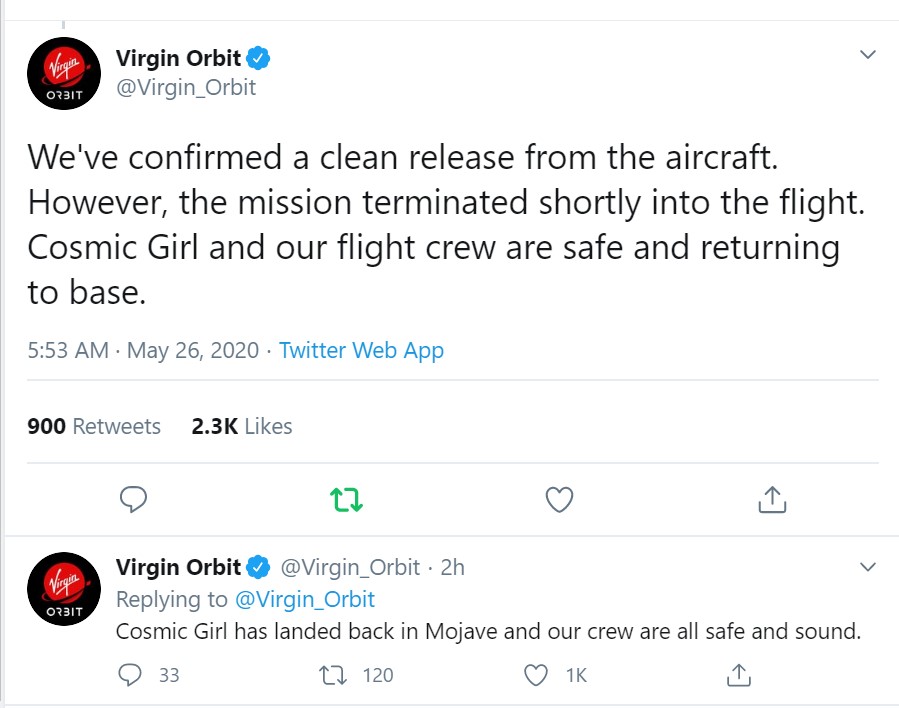 The company also tweeted – “LauncherOne maintained stability after release, and we ignited our first stage engine, NewtonThree. An anomaly then occurred early in first stage flight. We’ll learn more as our engineers analyze the mountain of data we collected today.”

On its website, Virgin Orbit reported that “after being released from the carrier aircraft, the LauncherOne rocket successfully lighted its booster engine on cue — the first time the company had attempted an in-air ignition. An anomaly then occurred early in first stage flight, and the mission safely terminated. “

The cause of the “anomaly”  is not yet known and remains under investigation. 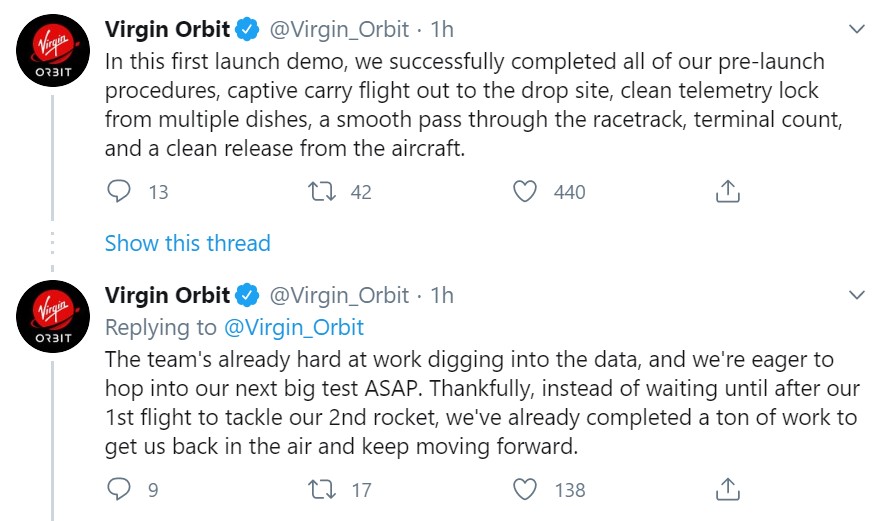