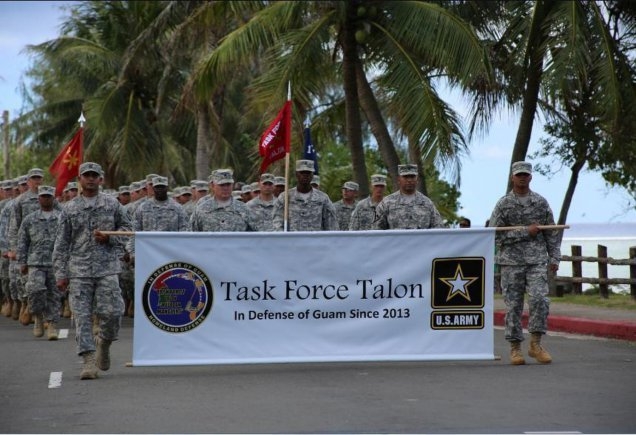 Guam – A soldier deployed to Guam has been charged with an alleged drunken assault on a hotel security guard.

According to a magistrate report last week at the Holiday Hotel, a female security guard was dispatched to escort two guests from a spa to their room, during which Ryan Andrew Blanford began kicking doors to other rooms.

A struggled ensued as the guard attempted to use a security phone.  Blandford allegedly tackled the guard to the ground, punched her in the arm, and ran toward a stairwell with her phone, where he was found by responding officers.  Police observed Blandford to have boozy breath, and the inability to maintain his balance.  He allegedly told cops he didn’t remember what happened, adding he hopes he didn’t hurt anyone.

Joint Region Marianas says Blandford is a U.S. Army Sergeant assigned to Task Force Talon, which recently operated Guam’s THAAD missile defense system.  Major Troy Frey, Public Affiars Officer for the 94th Army Air and Missile Defense Command, in a statement released to PNC said Blandford’s actions “go against the very values that the U.S. Army is founded on and is in no way representative of the many fine young men and women currently serving in the U.S. Army here in Guam.”

He was charged with assault as a misdemeanor, disorderly conduct as a petty misdemeanor, and public intoxication as a violation.