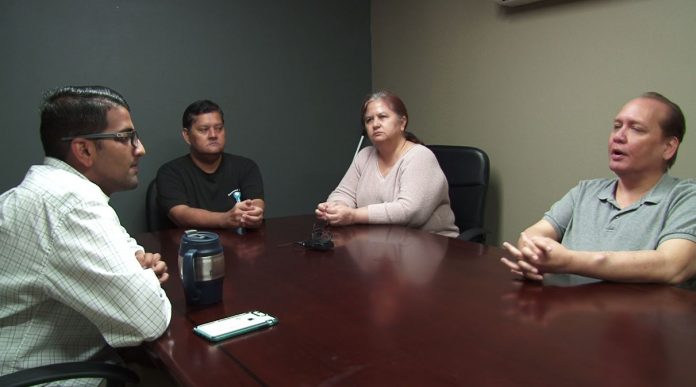 Note: This is a multi-series investigation into complaints regarding the Department of Integrated Services for Individuals with Disabilities

Guam – During this past election, candidate for senator campaigned on the slogan “The Voice for the Most Vulnerable.” A group of them, whom this self-proclaimed champion swore to protect, is saying he left them hung out to dry.

According to one DISID client, Lee Perez, “this is bringing back bad memories of my earlier days in the system. So yes, I have been through every available means of grievance and to no avail. Ben Servino has sat in many of those (meetings), not all, and he nods and says yes, and it just goes back to not being able to get services as requested in a timely manner.”

Ben Servino, the Director of DISID ran for election to be a senator in the 35th Guam Legislature. Servino’s campaign slogan was “the Voice for the most Vulnerable.” On his campaign platform, one of the priorities listed was to “Increase Employment Opportunities especially Self-Employment” for persons with disabilities.

Three frustrated DISID’s clients, state that Servino’s treatment towards them, rather than support and empower them, faced roadblocks that have been put up by Servino’s leadership. They claim that the roadblocks put in place are actually debilitating, and contrary to DISID’s purpose and Vision.

Perez states that dealing with DISID, is “an arduous task, it takes a lot, and in many instances it’s debilitating.”

Servino’s leadership has been filled with numerous vacancies. As experienced counselors resign or retire, Servino has been left to be the man with many hats. According to a client, as a result, services towards individuals, has been severely compromised. While GovGuam is cash-strapped, one constituent asks the question, why is Servino attempting to micro-manage his department, when these positions are not only federally mandated, but also federally funded.

According to Perez, a community advocate and a member of the Living Blind on Guam group, she wants to make DISID accountable to provide the services that were federally funded and federally mandated. Perez points out that with one person serving as DISID director, under filling the full-time position of the Vocational Rehab Administration, all the while, fulfilling the work of several program coordinators, and the administrator of support services, no one person can humanly do all that, also while running for office. She adds, “take out the candidacy for senator, you still got a full plate that one person cannot fully handle” and “under the rehab act, the positions, its 70-30 matching, which means the federal government pays 70% only 30% comes from matching local funds.”

Due to the lack of personnel at DISID, Perez claims to be one of many clients who have been waiting months, if not years, to receive an approval or denial for services from DISID. Current statute dictates that all services have to be approved by the Vocational Rehab administrator. The administrator position is one of the many hats that Servino wears. “I would say it would be nice if it were done within a month or two. We are talking about months, and years of services requested, with justification. With no determination being made by Mr. Servino, the counselor in that sense is powerless to take it further.”

Servino, being the man of many hats, nothing in the department can materialize without the man’s attention. PNC reached out to Servino who acknowledged that he serves in numerous capacities and that due to the Government’s lack of resources, he is left to pick up additional responsibilities.

According to Servino, while he is the director at DISID, “I don’t have a deputy director so I am also serving in that capacity. We don’t have administrators, so we have two administrator positions that we are trying to fill in the interim, I have been serving in that capacity too.” When asked about whether shortages are due to the lack of resources within GovGuam, Servino responded “every GovGuam agency is struggling with that. We live within our means we try to maximize our existing resources.”

A complaint was forwarded to six senators in the Guam Legislature to host an oversight. PNC reached out to these six senators, and out of the six, two senators, Senator Morrison, and Esteves, have stated that they have been in contact with Ms. Perez and Living Blind on Guam. They stated that they are also in contact with Senator Rodriguez, the Chairman of the Committee on Health who is planning to hold an oversight.

It has been 20 days since we reached out to Rodriguez for comment. PNC is still awaiting any updates the chairman has. This is a multi-series investigation into DISID. If anyone in our community would like to share their encounter with the agency, feel free to reach out to us at news@spbguam.com