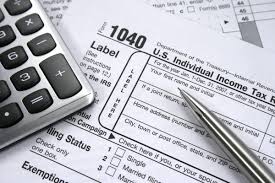 WASHINGTON – The size of your next stimulus check might depend on when you file your tax return.

For many Americans, income in 2020 was lower than it was in 2019 because of the pandemic-induced recession. And because the stimulus payments of up to $1,400 per person will have limits based on household income, it matters which year the payments are based on.

So why would it matter when you file your tax return? That’s because Congress is likely to tell the IRS to use 2019 or 2020 income — whichever the government has when the payment is made, according to the Senate Finance Committee.

“If it’s filed electronically, it’s processed almost immediately, and the information is then available to the IRS almost instantaneously,” said David Kautter, who was the top tax-policy official at the Treasury Department during the first two rounds of payments.

The window for exploiting the ability to use 2020 income as a basis for the payments might be limited. Democrats, who control the House and Senate, will determine income thresholds, phaseouts and other details soon. They want to complete the relief bill by mid-March.

Once Congress settles on the details of the payments, even before the final vote, the IRS can start doing computer programming so it can send payments soon after President Biden signs the bill.

At this point, there’s no clear cutoff date for when people should submit their returns to make sure the IRS uses 2020 income. During the filing season, the IRS typically gathers taxpayers’ information periodically and sends that data to the part of the Treasury Department that makes payments. Returns that get flagged for errors or discrepancies might not get processed as quickly as most.

Fast filing could yield a big benefit for those who saw their incomes drop during the pandemic last year — the very people Congress wants to help the most.

People whose income rose in 2020 can also benefit — by not filing quickly. If they know they would get more money if the IRS bases stimulus payments on 2019 data, they can wait to file 2020 returns until after they receive the payments.

The laws authorizing the first two rounds of payments didn’t typically require people to pay back any money, and lawmakers haven’t warmed to the idea of making payments to all and requiring repayment later from those who aren’t eligible.

That leaves a trickier question: What should happen for people who get the next payments based on their 2019 income but would get more if they used 2020 income? Lawmakers have emphasized speed and breadth of payments over precision, but that approach can leave behind people affected by changes in income, family size or technical glitches.

If Congress repeats what it did for the first two rounds of payments, taxpayers who didn’t get the full amount right away wouldn’t get the rest until they file their 2021 tax returns early next year, and would probably have to use that year’s income to determine the payments.

That delay doesn’t have to happen this time around, said Mr. Kautter, who was acting IRS commissioner for nearly a year.

“That was the same issue that we had with Round 1 last year, except nobody knew how quickly we could get the payments out,” he said. “I can see a desire this time because the coronavirus continues, because the economy continues to be sluggish.”

The IRS has the capacity to top-up people’s payments after their 2020 returns come in, Mr. Kautter said. But doing so during the tax-filing season could be difficult.

Congress could, he said, tell the IRS to make supplemental payments four to six weeks after the filing season ends, and that would mean people wouldn’t have to wait until the following January or February for the rest of their money.

Lawmakers are exploring whether such supplemental payments are possible, but there are concerns over whether the IRS could implement the idea, according to a Democratic aide. (By Richard Rubin / The Wall Street Journal / Via Fox Business)